Azam Khan Hits Back at Opponents for Slamming His UN Remark 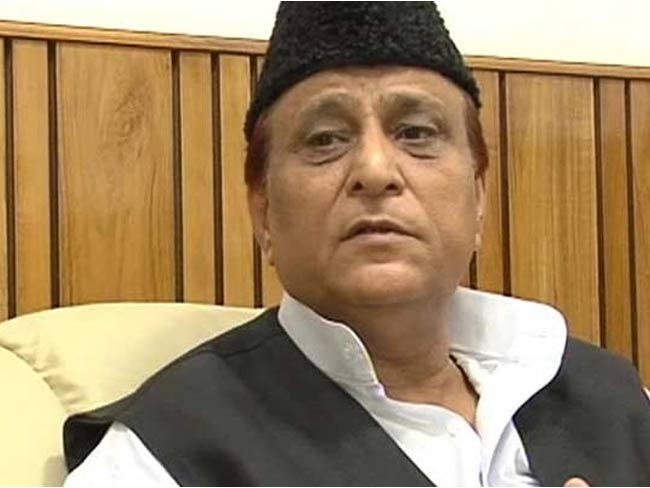 Lucknow: Facing flak for taking the Dadri mob killing issue to the United Nations, senior Uttar Pradesh minister Azam Khan today hit back at his political opponents asking where were the 'thekedaars' of the society when Badaun case and those related to child labour were raised before the UN.

"Barely clenching fist and showing a punch doesn't give the power...reality cannot be described by playing with words ...something concrete has to be done," Mr Khan said at a programme in Lucknow.

"When the hanging of two cousin sisters in Badaun was taken before the United Nations and the Chief Minister had to reply to a letter from its Secretary General, where were these so called 'thekedaars' of the society," he said.

Mr Khan asked, "When several issues of labour movements and child labour were raised before the UN and Kailash Satyarthi got Nobel prize, where were these people?"

"Lakhs of cases related to health were taken before the UN, but at that time nobody said people doing so were Pakistan agents and they should leave India. But when a person is mourning death of an innocent person because people want to end democracy and turn the country into a Hindu Rashtra, no democratic force is ready for it," he said.

Taking strong exception to Mr Khan's letter, the BJP has demanded his dismissal and said he should be tried for treachery for taking the Dadri issue to the UN and tarnishing the image of the country at the global level.

Controversial AIMIM leader Asaduddin Owaisi has said Mr Khan has committed a blunder by taking up India's internal issue with the UN.

Amidst outcry over lynching of 52-year-old Mohammad Akhlaq in Dadri, Mr Khan had sought intervention of United Nations to look into the "miseries" of minorities in India.

In a letter to UN Secretary General Ban Ki-moon, Mr Khan also attacked the Rashtriya Swayamsevak Sangh or RSS accusing it of working to turn secular and pluralistic India into a majoritarian theocratic nation as 'Hindu Rashtra'.

"Fascist forces are attempting to create a divide in the society by launching a hate campaign against Muslims and Dadri incident is an example of this," Mr Khan had said.