Mr Thackeray also told Maharashtra students, who have taken to the streets in large numbers to protest the JNU attack, his government would not allow them to be hurt

Chief Minister Uddhav Thackeray has compared last night's brutal attack on JNU students to the 26/11 Mumbai terror attacks, describing the violent assault by masked goons armed with sledgehammers and iron rods as the act of "cowards". In a strongly-worded message he assured students in Maharashtra, who have taken to the streets in large numbers since the JNU attack, that his government would not tolerate any move to hurt them.

Warning the government against antagonising youth, the Shiv Sena leader also urged Delhi Police to act swiftly and decisively, warning them that failure to do so would lead to questions being asked of a law and order force already under fire for its handling of last month's protest by Jamia Millia students.

"I was watching reports on TV and The attack on JNU students on Sunday night reminded me of the 26/11 Mumbai terror attack. Students are feeling unsafe in the country...I will not tolerate anything like that happen here in Maharashtra," Uddhav Thackeray said today.

"Youth are scared and angry. Our youth are not cowards. Don't ignite a bomb by instigating the youth. If Delhi Police fail to find out perpetrators of the attack, then they will also be in the dock," he said.

"We should know who was behind these masks. Those who came wearing masks are cowards. If they had guts they would have come openly. Such cowardice can't be tolerated," he added.

Horrific scenes were witnessed late last evening after dozens of masked individuals carrying weapons barged into the JNU campus and went on a rampage for three hours, unstopped by either the cops or university administration.

When asked about allegations that the ABVP, a student wing associated with the BJP, with whom the Sena fell out spectacularly after Assembly elections in October last year, was behind the attack Mr Thackeray said he wouldn't "do politics on this".

"I don't want to do politics on this. But the masks of the perpetrators must be removed and that will give us a clear picture of who was behind the attack," he said.

At least 34 people were injured in the JNU attack. While students have alleged the role of the ABVP, the BJP-linked student group has flung the allegation right back at Left-backed groups.

This morning Delhi Police, accused of a delayed response and standing idly by while the attack went unchecked, said screenshots from social media posts that went viral and CCTV footage are being used to identify the attackers. 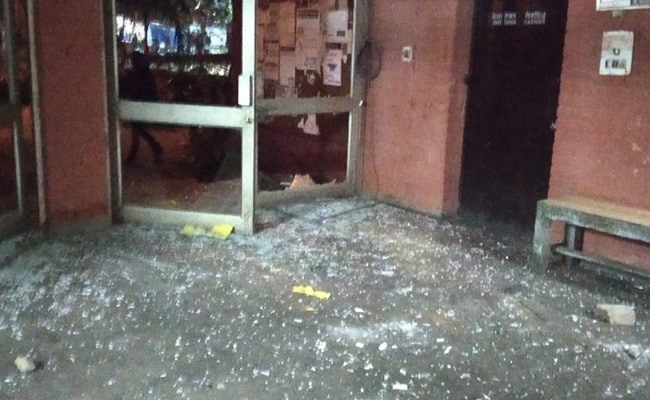 The cops also said a single FIR - clubbing together "multiple complaints" had been filed.

Hundreds of students have gathered at the iconic Gateway of India in Mumbai to protest the mob violence at JNU. In a statement, students said they had "occupied the heart of the city at Gateway until we don't know when".

The JNU attack has been condemned by political leaders, Bollywood actors and civil society members, with prominent businessman Anand Mahindra among those to speak out.

In 2008 a three-day siege on major landmarks in Mumbai, perpetrated by several heavily-armed terrorists, killed over 160 people and left hundreds injured. The attack was masterminded by Lashkar-e-Taiba chief Hafeez Saeed.