The AIUDF MLA further said that apart from Congress MLAs, many other Congress leaders will also join AIUDF. 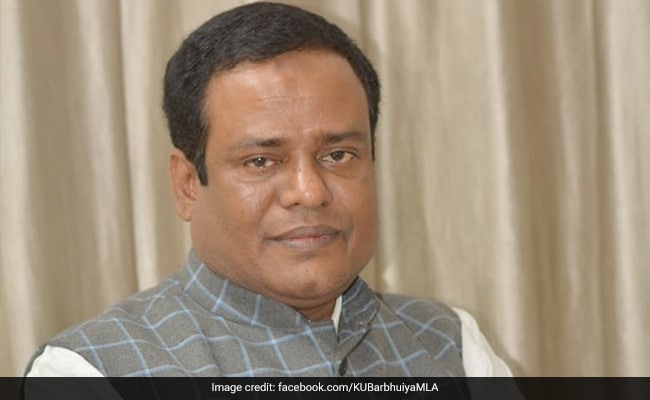 "We don't want a by-election, so we are waiting," Karim Uddin Barbhuiya said.

Badruddin Ajmal-led All India United Democratic Front (AIUDF) has claimed that at least six Congress MLAs of Assam will join AIUDF. This comes after the Assam BJP Chief Bhabesh Kalita had claimed that some of the Opposition candidates may join BJP.

AIUDF MLA and party General Secretary Karim Uddin Barbhuiya told ANI that at least six Congress MLAs from Assam are in touch with his party and they want to join AIUDF.

"Six months ago, I said that few Congress MLAs will share the dais with us and we will be together. Now two-three Congress MLAs are with us. They have also met our party supremo Badruddin Ajmal. We don't want a by-election, so we are waiting. At least six Congress MLAs are in touch with us," Karim Uddin Barbhuiya said.

He also appealed to other Congress MLAs that if anyone is considering going to the BJP, they shouldn't.

"BJP is going to be finished in the next five-six years and their downfall has started from Bihar. So I request the other Congress MLAs that they need not go to BJP. We have opposed the Citizenship Amendment Act (CAA) since the start. We also support the Assam Accord. For the greater interest of Assam, don't go to BJP, think about your area, your state and join AIUDF," Mr Barbhuiya said.

The AIUDF MLA further said that apart from Congress MLAs, many other Congress leaders will also join AIUDF.

"On September 2, many Congress leaders, including Barpeta district president, and the state-level general secretary will join AIUDF in Barpeta," he said.

Recently, Assam State BJP president Bhabesh Kalita claimed that some opposition MLAs may join BJP soon and that all sections and political parties are satisfied with the steps taken by Chief Minister Himanta Biswa Sarma for the development of Assam.

"Opposition legislators are happy and satisfied with the developmental activities that are being taken up in the state under the leadership of Chief Minister Himanta Biswa Sarma," Mr Kalita told ANI.

After the 2021 Assembly polls in the state, a few opposition MLAs -- reportedly three -- joined BJP and later won their respective seats through by-polls.

During the recent Presidential polls, many opposition MLAs were reported to have voted for the BJP and its alliance. The same was reportedly repeated during the elections to fill two Rajya Sabha seats from the state.