At the short meeting, tributes were paid to the four-star general, sources said. A two-minute silence was also observed in his memory, said government sources. 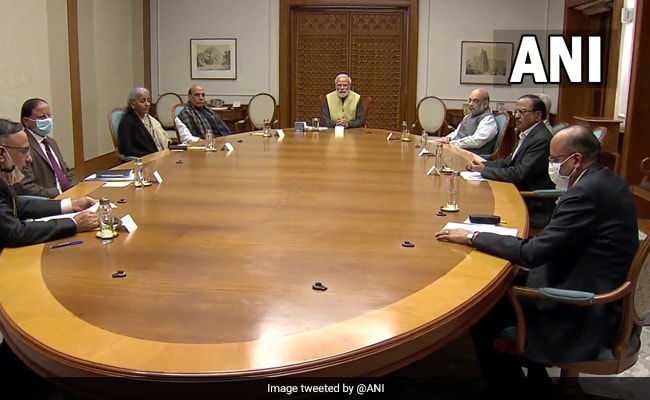 Glowing tributes were paid to Chief of Defence Staff Bipin Rawat, who died in a chopper crash earlier today along with his wife Madhulika Rawat and 11 other officers of the Indian Army, at the meeting of the Cabinet Committee of Security. Group Captain Varun Singh is the sole survivor of the crash and is fighting for life at the military hospital in Wellington.

The Cabinet Committee of Security -- the country's top decision-making body on internal security and defence policy -- met in the evening. At the short meeting, tributes were paid to the four-star general. A two-minute silence was also observed in his memory, said government sources.

The meeting came amid speculation about whether the committee would discuss the matter of a successor of General Rawat, especially in view of the tension with China in Ladakh. Several BJP MPs, however, pointed out that the post of the Chief of the Defence Staff  need not be occupied always.

The committee -- chaired by the Prime Minister and including ministers of Defence, Home, External Affairs and Finance – had named the General Rawat as the first Chief Of Defence Staff in December 2019.

The post integrated the Army, the Navy and the Air Force and was the single point of contact for them. The CDS was also the Principal Military Adviser to the Defence Minister on tri-service matters.

In his four-decade military career, General Rawat served in combat areas and at various functional levels in the Army. The airstrikes in Pakistan's Balakot, targeting a camp of Jaish-e-Mohammad after the Pulwama terror attack in 2019, took place in his tenure.

He was the Vice Chief of Army Staff, when India carried out a surgical strike across the Line of Control in September 2016, in retaliation against a terror strike on an army camp in Uri in which 19 soldiers were killed.