Bihar Encephalitis Deaths: The child, a five-year-old girl, had died in front of the minister, her weeping mother told journalists. 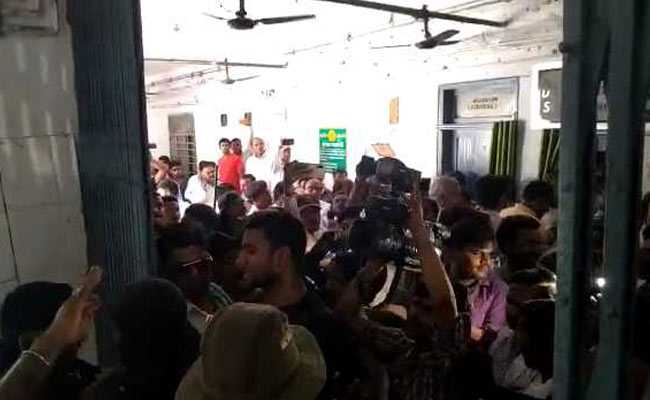 This year is witnessing one of the worst outbreaks of Encephalitis in Bihar.

A child died in front of Union Health Minister Harsh Vardan, who is visiting Bihar's Sri Krishna Medical College hospital today to review the ground situation in the state. Over the last month, Bihar's Muzaffarpur has been grappling with Acute Encephalitis Syndrome, in which 82 children died. Many of them died due to hypoglycemia, a condition caused by low blood sugar.

The child, a five-year-old girl, had died in front of the minister, her weeping mother told journalists.

Union minister Harsh Vardhan, who was a doctor before switching to politics, reached Bihar yesterday to take stock of the situation.  He was expected to meet the multi-disciplinary teams deployed at the Ground Zero of the outbreak and address a state-level review meeting.

After his review, the minister said he has talked to "every concerned individual about this issue".

"Despite all problems and considering the seriousness of this disease, I appreciate the efforts put in by the doctors to ensure efficient treatment to everyone," he added.

Acute Encephalitis Syndrome is a catch-all term for afflictions of the Central Nervous System caused by viral infections. The virus was mainly considered to be the one that causes Japanese Encephalitis, but the AES could also be caused by scrub typhus, zika, Nipah or even mumps virus. In some cases, the cause remains undetected. Till recently, hypoglycemia caused by lychee toxins was considered a form of AES.

This year is witnessing one of the worst outbreaks of the disease in Bihar.

According to officials, 62 children have died in the state-run Sri Krishna Medical College and Hospital while 11 children died at the Kejriwal Children Home, a private hospital. Around 61 children have been admitted on Saturday in these two hospitals, where 93 others were under treatment.

Chief Minister Nitish Kumar has announced "an ex gratia payment of Rs. 4 lakh to the next of the kin of those who have died". Earlier this week, the Chief Minister said there is a lack of awareness on how to tackle this disease.