Election Results 2019: In Gujarat, the Congress is ahead in four of the six assembly seats where bypolls were held, the BJP is ahead in two. 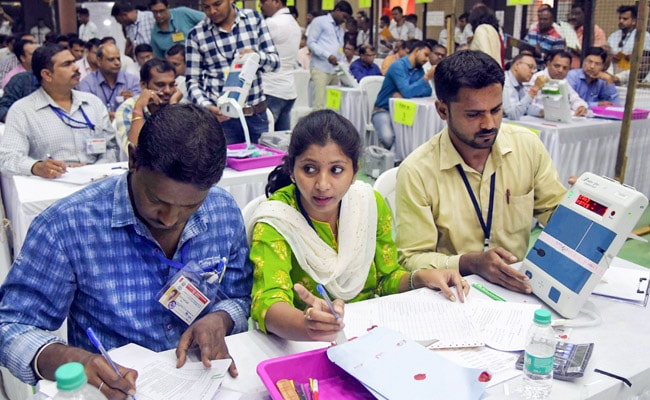 The BJP and its allies held nearly 30 of the assembly seats, the Congress had 12. (Representational)

New Delhi: The by-elections to 51 assembly seats and two Lok Sabha constituencies across 17 states and the Union Territory of Puducherry has thrown up a few surprises, especially in BJP-ruled Bihar and Gujarat. The BJP and its allies, which held nearly 30 of the assembly seats, ended up with 26. The Congress won 12, keeping an even tally. Asaduddin Owaisi's AIMIM opened its account in Bihar. Chief Minister Nitish Kumar, who rules Bihar in alliance with the BJP, suffered a setback, managing to win only one of the four seats his Janata Dal United contested. In Gujarat, the Congress and the BJP won three seats each.