The bridge, constructed at an estimated cost of Rs. 5,900 crore, has a serviceable period of around 120 years. 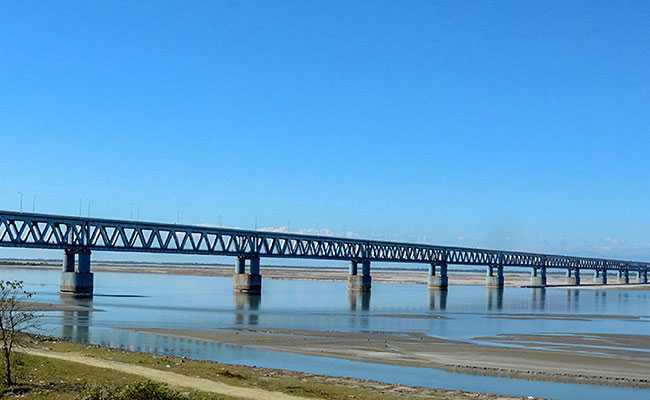 Billed as India's longest railroad bridge, Assam's Bogibeel Bridge was opened to traffic today by Prime Minister Narendra Modi. The five-kilometre structure spans the waters of the mighty Brahmaputra River. It is India's only fully welded bridge for which european codes and welding standards were adhered to for the first time in the country, said Chief Engineer Mohinder Singh.

The bridge, constructed at an estimated cost of Rs. 5,900 crore, has a serviceable period of around 120 years, will reduce travel time from Assam to Arunachal Pradesh to four hours and will cut out the detour of over 170 km via Tinsukia.

Here are the highlights from Bogibeel Bridge inauguration:

A historic day for the Northeast! Speaking at the inauguration of the Bogibeel Bridge. Watch. https://t.co/Y2L6Aos4zW

With the inauguration of #BogibeelBridge by PM @narendramodi ji, a new dawn heralds for Assam & the #NorthEast. pic.twitter.com/iIUp8VgJLO 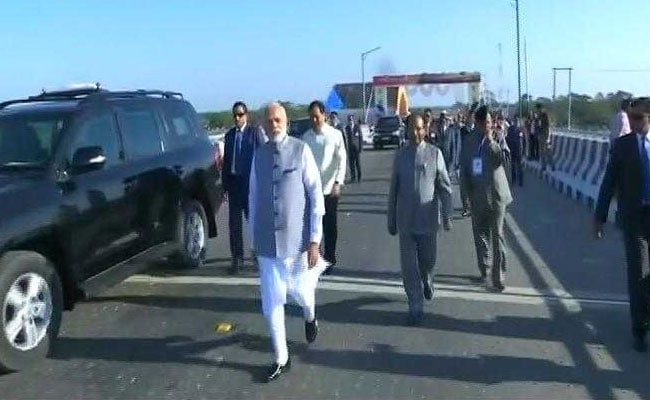 Dec 25, 2018 11:27 (IST)
The bridge has a two-line railway track on the lower deck and a three-lane road on the top deck. It will reduce the Delhi to Dibrugarh train travel time by about three hours.
Dec 25, 2018 11:27 (IST)
With its proximity to the China border, the Bogibeel Bridge has tremendous significance for India's defence and has been built strong enough to support the movement of tanks and even fighter jet landings.