Several students have also gone on hunger strike to protest the action against Milon Das, against whom university authorities have filed a police case. 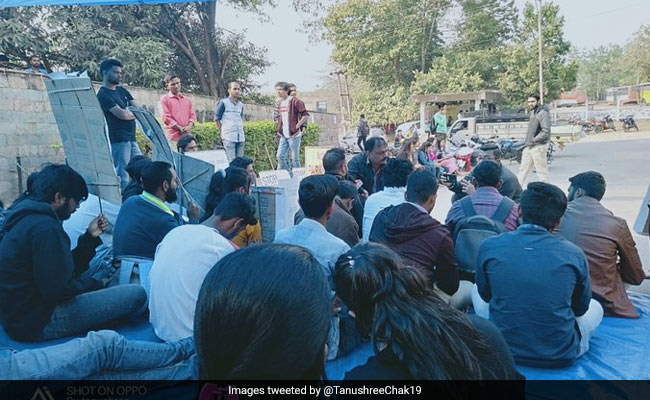 Students at the university have gone on an indefinite hunger strike.

The Assam University in Silchar has been shut for over a week now, with students boycotting classes and taking up an indefinite hunger strike to protest against the rustication of a student leader who they say highlighted alleged corruption in the institution.

The authorities have also lodged a police case against Milon Das, student leader and president of the university's research Scholar Forum, charging him with criminal intimidation, damaging university property and causing unrest.

Attempts to contact University Vice Chancellor Professor DC Nath and Registrar Dr PK Nath had been unsuccessful until the filing of this report.

Students have demanded the revocation of rustication orders as well as withdrawal of the police case filed against Milon Das, who has been accused of unruly behaviour and violence on the university campus.

Students claim that Milon Das was targeted because he had brought several serious malpractices to the fore in one of the oldest central universities in the Northeast.