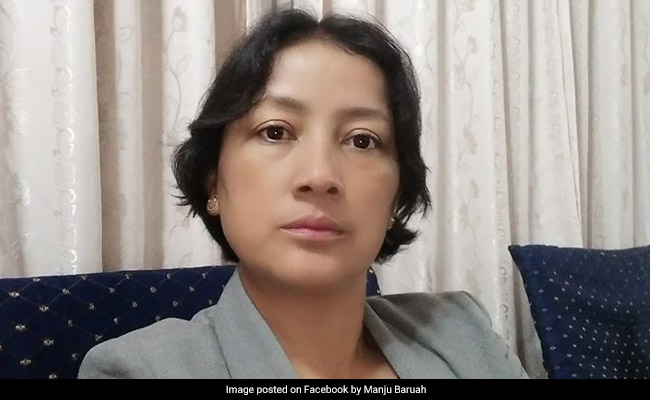 The 180-year-old Assam Tea industry has always been male dominated. The tea leaves are pluck by women, but they are always led by male 'Sardars'. A few women work as doctors and nurses in the gardens' health centres but when it comes to running the estates, it has always been men right from the British era. Now, history has been scripted as Assam gets its first ever woman tea garden manager.

Manju Baruah, 43, is the new manager of Apeejay Tea's Hilika Tea Estate near Dibrugarh in Upper Assam. The sprawling bungalows and tea gardens that have always been owned by 'Bada Sahebs' will now get its first 'Bada Madam'.

Ms Baruah, an MBA graduate, first joined as a Trainee Welfare Officer in Apeejay Tea's Hokonguri estate near Dibrugarh. At that time, the company had taken a "unique decision" to hire women as Welfare Officers and she was part of the first batch.

Although Ms Baruah's childhood dream was to be an IPS officer, her father's retirement and monetary responsibilities pushed her into the tea industry.

"I found that Apeejay Tea valued its people as much as I did. I realized that this is my calling and I stayed," Ms Baruah said on sticking to the job.

The job of a tea estate manager is very demanding, involves almost round the clock work and posting in remote areas, and thus was seen as a difficult domain for women all this while.

However, Ms Baruah has broken all stigmas and handles a thousand employees daily, maintaining the 'bagan (garden) time' with the same stealth as her male counterparts in other gardens across the state.

She is also married with a daughter and is an avid biker and the new 'Bada Madam' is juggling both work and family to perfection.