Former BJP youth leader Diban Deka is one of the main accused in the Assam Police exam paper leak scam. Over 60,000 candidates had appeared for the September 20 exam, which has been cancelled. 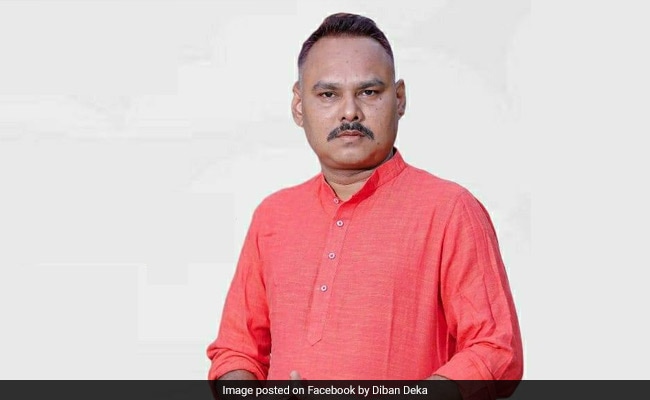 Diban Deka, a BJP youth leader now expelled from the party's primary membership, has been arrested in connection with the Assam Police exam paper leak scam that has rocked the state for the past 10 days.

Deka, who also identified himself as the national executive of BJP's farmers' wing, was taken in police custody late Wednesday night from Assam's Nalbari district, 65 km from Guwahati, police sources said, adding that he was interrogated and produced before a court on Thursday.

Sources said Deka had "surrendered" and was later taken in police custody.

For past 10 days, the Assam Police's crime branch and the Criminal Investigation Department have been looking for Deka and retired deputy inspector General (DIG) of police PK Dutta, both of whom have been named as the main accused in the exam paper leak scam.

The Assam Police had issued a lookout notice for PK Dutta and Diban Deka announcing a cash reward of Rs 1 lakh for anyone who gives information leading to their arrest.

A police team, led by Additional Director General of Police (Law and Order) GP Singh, had brought Deka to Guwahati, where he will be questioned along with 19 others arrested in this case.

The question paper for recruitment of sub-inspectors to 579 vacant posts was leaked minutes after the exam had started on September 20. Over 60,000 candidates had appeared for the exam, which had to be cancelled.

An investigation into the leak found that several mock tests for the police recruitment exam were held using the original question paper.

According to the police investigations, Deka's name surfaced in one such mock test held at a private lodge (named Thank You) a day before the exams. A now-arrested employee of the lodge has named Deka, police said.

On September 24, Deka had said he was had gone into hiding because he feared for his life as many "big and corrupt officials were involved".

The other prime accused, former DIG PK Dutta, remains missing. The police have found incriminating documents, illegal arms and other evidence connecting him to the scam

On Wednesday, Assam Chief Minister Sarbananda Sonowal reiterated that no one, whose involvement is established in the police recruitment exam paper leak scam, would be spared

Ahead of next year's Assam assembly elections, the state's main opposition party Congress has started to corner the ruling BJP-led government over the scam.

On Wednesday, the Congress had organised protests in state capital Dispur. Top Congress leaders have also written to the Assam Governor and Union Home Minister Amit Shah over this issue.