The Congress is keen to field any of the top anti-Citizenship (Amendment) Act or CAA activists as consensus opposition candidates for the Rajya Sabha election. 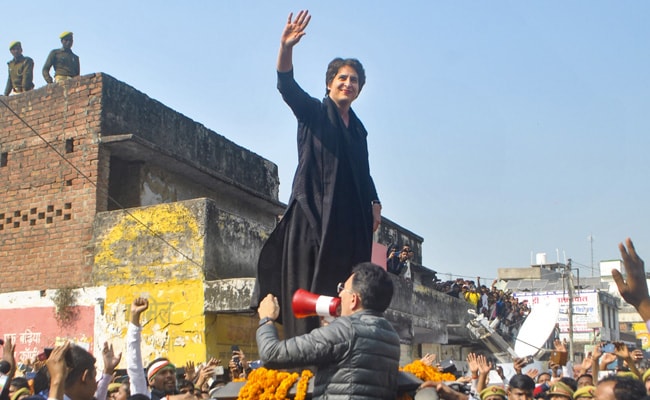 The AIUDF might offer an alliance with Congress if the party general secretary Priyanka Gandhi Vadra is a candidate for the Rajya Sabha.

While speculations have been rife that the Congress may this time pitch Priyanka Gandhi as its candidate for the Rajya Sabha election, with as many as 55 Rajya Sabha seats going to be vacant in April, including three from Assam, now the Badaruddin Ajmal-led AIUDF has offered the Congress an alliance if it decides to field Priyanka Gandhi.

AIUDF sources have told NDTV that top Congress leaders from Assam and Delhi had been in touch with Mr Ajmal over a possible alliance between the two opposition parties for the Rajya Sabha polls in Assam.

Both parties also see it as a test case to check if they can also form a pre-poll alliance for next year's assembly election in Assam.

The Congress was, however, keen to field any of the top anti-Citizenship (Amendment) Act or CAA activists as consensus opposition candidates for the Rajya Sabha election.

Congress sources have said they indeed received an offer from AIUDF and it's being discussed with the party high command. Assam Congress president and Congress Rajya Sabha MP Ripun Bora said if Priyanka Gandhi becomes a Rajya Sabha candidate from Assam, AIUDF would support but the decision lies with her and the high command.