Centre and Assam government have sought an extension of the July 31 deadline for finalisation of the National Register of Citizens (NRC) from the Supreme Court. 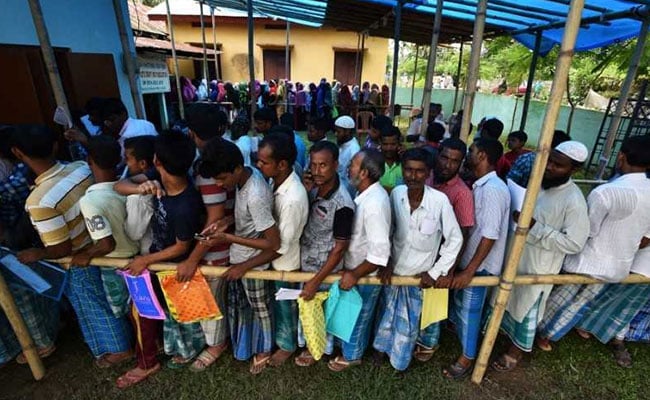 Assam is preparing a National Register of Citizens to identify illegal settlers.

Lakhs of people have been wrongly included in the draft National Register of Citizens being prepared in Assam to weed out illegal immigrants, centre told the Supreme Court today, asking for more time to finalise the list. "India can't be world's refugee capital," Solicitor General Tushar Mehta told the top court, appearing on behalf of the central government.

Both the centre and the Assam government moved the Supreme Court on Friday seeking extension of the July 31 deadline for finalisation of the National Register of Citizens or NRC.

Seeking random verification of up to 20 per cent of people included in the NRC, the government said that lakhs of people have been wrongly included in areas bordering Bangladesh due to involvement of local officers.

The court said it will decide on the applications of both the governments on July 23.

"Please extend the deadline for publication of final Assam NRC from July 31 to a future date. There is a growing perception that many exclusions and many more inclusions have been made wrongly," the solicitor general said.

The government claimed that names of genuine Indian citizens were excluded and illegal Bangladeshi migrants were included in the draft.

The first draft of the National Register of Citizens for Assam was published on the intervening night of December 31, 2017 and January 1, 2018 following the top court's direction. Names of 1.9 crore people out of the 3.29 crore applicants were incorporated then.

Assam, which had faced an influx of people from Bangladesh since the early 20th century, is the only state with an NRC which was first prepared in 1951.

The ongoing process to update the list has triggered concerns from rights groups with more than 40 lakh people excluded from the draft NRC so far.

A person whose name is not part of the NRC can approach any such tribunal with a certified copy of the rejection order received from the NRC authorities along with the grounds for appeal.

(With inputs from PTI

"Publicity Interest Litigation": Court Rejects Plea Against Use Of EVMs