Assam's Himanta Sarma Leads Rally For Young Leader, Once Under His Shadow

BJP's Taranga Gogoi, 37, filed his nomination as the BJP candidate from Naharkatiya 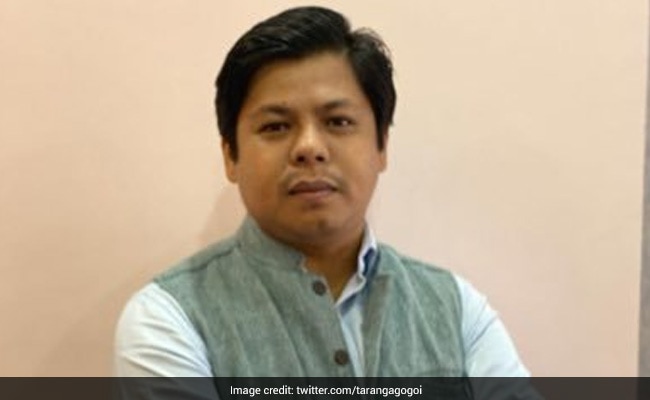 Five years ago, during the election campaign for the assembly election in Assam, the BJP's north-east strategist Himanta Biswa Sarma attended half a dozen rallies daily. That election propelled the BJP to a big win by defeating the 15-year Congress rule under Tarun Gogoi rule.

In these last five years, particularly till 2018, Mr Sarma has been travelling across the north-east, where the BJP has formed governments on its own or in partnership with other outfits.

If someone who wanted to reach Mr Sarma couldn't do so, they would invariably call a younger person - Taranga Gogoi - who was known as Mr Sarma's shadow.

Mr Gogoi, 37, filed his nomination as the BJP candidate from Naharkatiya, for which Mr Sarma flew from Guwahati to campaign for his young protege who is fighting election for the first time.

However, for the past two years, Mr Gogoi has been out of Mr Sarma's shadow and has been giving more time at Naharkatiya to strengthen his base, party sources have said.

Thank you is never enough. But still thank you @himantabiswa dada from the bottom of my heart for the love and support. https://t.co/9zbmd0zMM2

In the 2016 election, the BJP's ally AGP won in Naharkatiya. People in this constituency will vote in the first phase on March 27.

The AGP candidate from Naharkatiya is contesting as an independent this time.

Naharkatiya will be a key battleground for all the parties.

Also in the fray is student leader and former general secretary of All Assam Students' Union (AASU) Lurinjyoti Gogoi, 41. He became prominent during the protests against the Citizenship (Amendment) Act or CAA and is now the chief of the regional party, Assam Jatiya Parishad (AJP), born out of anti-CAA agitation.

From the Congress, former Assam minister Pranatee Phukan is contesting from this constituency.

"I will win over 40,000 votes from Naharkatiya seat. I'm contesting election for the first time. I think the Congress will put up a strong fight because their veteran leader Pranatee Phukan is contesting from the seat," Taranga Gogoi said.

Mr Sarma said the young leader is sure to win.

"There is no goalkeeper. If you want to score goals, you can score easily. It is up to the players how much goal they can score. Actually, Congress-AIUDF alliance is not a factor for us in the assembly election. We will win in a big margin, securing maximum seats," Mr Sarma told reporters.