10,000 Affected By Flash Floods In Assam Amid Coronavirus Pandemic

Flash floods have been reported from the Garo Hills region of neighbouring Meghalaya as well. 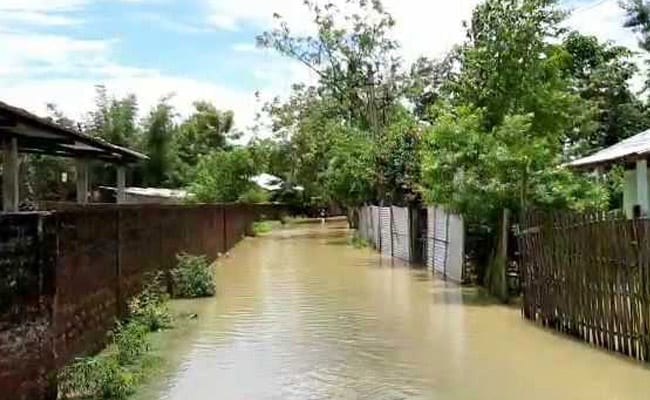 10,801 people from 46 villages have been affected by the flash flood (Representational)

Amid a spike in coronavirus cases, Assam is also grappling with floods. More than 10,000 people in four districts of the state are already affected by flash floods because of heavy rain since Saturday, the government said.

Flash floods have been reported from the Garo Hills region of neighbouring Meghalaya as well.

"10,801 people from 46 villages in four districts of Assam have been affected by the flash flood. The districts are Lakhimpur, Sonitpur, Darrang and Goalpara," a government official said.

Chief Minister Sarbananda Sonowal said that he has directed all Deputy Commissioners to set up separate cells to carry out prompt relief and rescue operations during the floods.

He said that the district administrations have already geared up with all preparations to deal with floods and said that they have been directed to provide all possible support to the people affected.

Saying that the challenge posed by the novel coronavirus pandemic will be more daunting given the floods, he called upon people to fight against it together.

Chief Minister Sonowal also urged the people who are under home or institutional quarantine to strictly follow all health directives and warned that stern action would be taken against violators.

Assam, known for its tea industry and the Brahmaputra river, is hit by seasonal flooding each year with lakhs of people displaced and thousands of homes destroyed.

The state reported 46 new coronavirus cases on Sunday, taking its COVID-19 tally to 392.