Asaram had requested the court that his case be heard on a priority due to his poor health and old age. 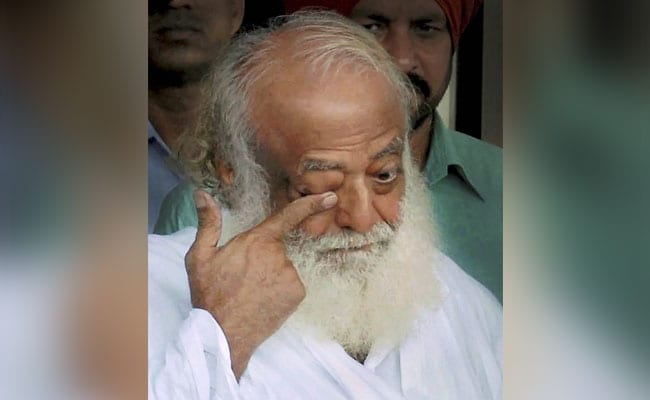 A divison bench of the Rajasthan High Court on Monday turned down rape-accused Asaram's plea for an early hearing against his conviction in a sexual assault case.

Asaram was convicted in the case in March 2018 and was sentenced to life in jail.

Refusing to give him the relief, the bench of Justice Abhay Chaturvedi and Justice Sandeep said his appeal would taken up in "an appropriate order of priority as per the custodial period suffered by the accused".

He had requested the court that his case be heard on a priority due to his poor health and old age.

Now, in the normal course of hearing, Asaram will have to wait longer for hearing.

"This order meant that the court will be hearing appeals in order of their pendency. With this parameter, Asaram's appeal would take probably 1-2 years to reach its term for hearing," said prosecution counsel PC Solanki.

Asaram had challenged his conviction in the case, for which the hearing was scheduled for Monday.

His counsel had sought adjournment on the ground that a fresh counsel from Mumbai would be appearing in the court to argue the case.

"Now we will proceed with arguments on his application for the suspension of the sentence. We have already moved the application and awaiting its listing for hearing," said Asaram's counsel Pradeep Choudhary.

Asaram has spent about six years in prison and the appeals which have been pending hearing date back to seven to eight years, which means he will have to wait until the appeals listed before his are disposed of.