Asaram Bapu Rape Case: The self-styled godman and 2 others have been convicted in the 2013 rape case by trial court in Jodhpur. Asaram Rape Case: The self-styled godman is lodged in Jodhpur's Central Jail since 2013

Jodhpur: A Rajasthan trial court has held self-styled godman Asaram Bapu guilty of raping a 16-year-old five years ago at his Chhindwara ashram. Massive security has been deployed in Rajasthan, Delhi, Haryana and Gujarat ahead of the Jodhpur court decision. The Home Ministry has asked for security to stepped up to ensure that no violence takes place ahead of the Asaram rape case verdict. Prohibitory orders have also been issued in Jodhpur where the trial court will deliver its verdict in the Central Jail premises, as directed by the Rajasthan High Court.

A teenaged girl of Asaram Bapu's Chindwara-based gurukul had accused him of raping her at his ashram near Jodhpur. Following her complaint, Asaram Bapu was arrested by Jodhpur police on August 31, 2013. He is in jail since then.

Here are the LIVE Updates of the Asaram Bapu rape case verdict:

Apr 25, 2018 14:36 (IST)
Jodhpur court awards life sentence to Asaram Bapu in 2013 rape case, 2 others get 20 years in jail.
Apr 25, 2018 12:40 (IST)
Asaram Guilty Of Raping Teen, Verdict Inside Jodhpur Jail
The verdict was announced by judge Madhusudan Sharma inside the Jodhpur Central Jail, which has been shut even to the media as part of the elaborate security arrangements. Watch this space for more LIVE updates in the Asaram rape case.
Apr 25, 2018 12:25 (IST)
Arguments on quantum of sentence in Asaram rape case over. Self-styled godman is expected to be sentenced soon.
Apr 25, 2018 11:42 (IST)
"The time has come for people to differentiate between the actual saints and the frauds as this creates a bad image of the country in the international arena," says Congress' Ashok Gehlot on Asaram rape case verdict, reported news agency ANI.
Apr 25, 2018 11:40 (IST)
"I want to thank the judiciary for understanding our pain and hope all those accused will be meted out the strongest punishment. We received death threats, we were lured with money, but all we wanted was justice for our daughter. I have full faith in judiciary. My daughter is very happy today. We know what she has been through these 5 years. She had big dreams, she was ambitions. But what she faced ruined everything," says survivor's father.
Apr 25, 2018 11:11 (IST)
"There are contradictions in survivor's statement. She was falsely shown to be a minor. If the court admits her as an adult, charges related to POCSO won't stand," says Vikas Pahwa, Asaram's lawyer after verdict in 2013 rape case.
Apr 25, 2018 11:06 (IST)
Great day for justice, says Utsav Bains, rape survivor's lawyer in Supreme Court after verdict in Asaram rape case.
Apr 25, 2018 11:00 (IST)
Asaram is convicted, we have got justice. I want to thank everyone who supported us in this fight. Now I hope he will get strict punishment. I also hope the witnesses who were murdered or kidnapped get justice: Shahjahanpur rape survivor's father said, reported news agency ANI.
Apr 25, 2018 10:52 (IST)
We will decide our future course of action after consulting the legal team. We have confidence in our judiciary, says Asaram's spokesperson Neelam Dubey.
Apr 25, 2018 10:44 (IST)
Asaram and two others accused convicted by Jodhpur Scheduled Caste and Scheduled Tribe Court in rape case while two have been acquitted.  Hostel warden Shilpi and hostel director Sharat have been convicted along with the self-styled godman.
Apr 25, 2018 10:10 (IST)
Proceedings underway in the Jodhpur Central Jail premises where a trial court judge is set to pronounce today its verdict in the rape case of a teenager by self-styled godman Asaram, reported news agency PTI.
Apr 25, 2018 09:50 (IST) 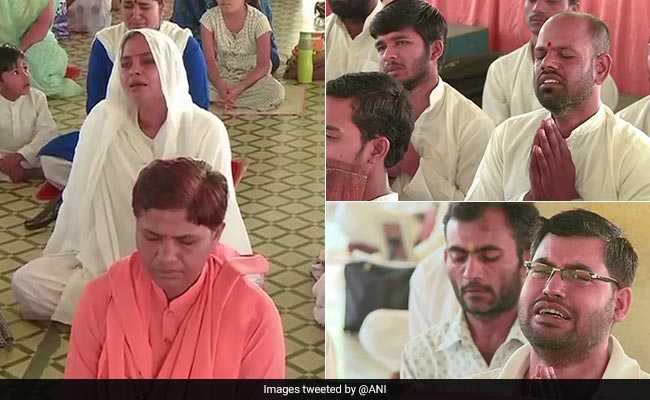 Asaram Bapu's followers offer prayers in his Ahmedabad ashram ahead of verdict today.
Apr 25, 2018 09:30 (IST)
Judge Madhusudan Sharma reaches Jodhpur Central Jail. Others accused in the case have also reached the jail along with their lawyers.
Apr 25, 2018 08:45 (IST) Ahead of the verdict on rape charges against Asaram Bapu in Jodhpur, prayers are underway at his ashram in Varanasi.
Apr 25, 2018 08:30 (IST)
Madhusudan Sharma, the judge in the case, has been provided stringent security ahead of the judgement today. He is expected at the Central Jail soon. He is currently at the Jodhpur court where the others, accused in the case along with Asaram Bapu, have presented themselves before him. He might direct them to move to the jail premises.
Apr 25, 2018 08:08 (IST) 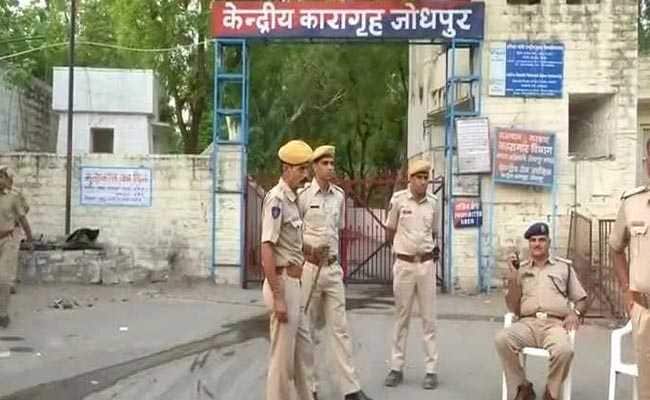 Asaram Verdict In Rape Case Today At Jodhpur Jail, Four States On Alert: 10 Points
The chargesheet against Asaram Bapu accuses him of rape, trafficking, and under a stringent law on sexual crimes against children that could entail a life term if charges are proved. If convicted, he faces a minimum sentence of 10 years in jail.
asaram bapu case verdictAsaram Bapu rape caseRajasthan court verdict on Asaram Bapu