Asaduddin Owaisi responded to being named in FIR by Delhi police, saying, "This is the first FIR I've seen that's not specifying what the crime is." 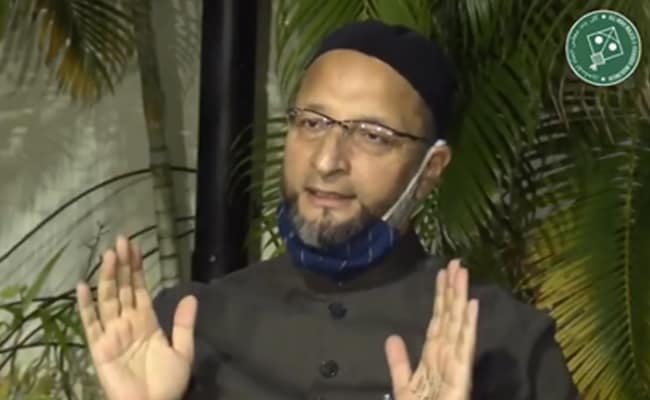 Lok Sabha member Asaduddin Owaisi is among those named in FIR by Delhi Police. (File)

In the hate-speech controversy that started with remarks against Prophet Muhammad by a BJP representative on TV, Lok Sabha member Asaduddin Owaisi has responded with an 11-point statement to being named in an FIR by Delhi police. "This is the first FIR I've seen that's not specifying what the crime is," Mr Owaisi said, following up with a series of tweets.

He claimed he received an excerpt of the FIR. In the first of his tweets, he said, "Imagine an FIR about a murder where cops don't mention the weapon or that the victim bled to death. I don't know which specific remarks of mine have attracted the FIR."

1. I've received an excerpt of the FIR. This is the first FIR I've seen that's not specifying what the crime is. Imagine an FIR about a murder where cops don't mention the weapon or that the victim bled to death. I don't know which specific remarks of mine have attracted the FIR pic.twitter.com/0RJW1z71aN

The Delhi Police has registered two FIRs, one of them specifically against since-suspended BJP spokesperson Nupur Sharma, whose remarks sparked a diplomatic row and set off this chain of events. The other is against multiple people, including expelled BJP leader Naveen Kumar Jindal, right-wing hatemonger Yati Narsinghanand, journalist Saba Naqvi, and Mr Owaisi.

5. Also note that the hate speech was by ruling party spokespersons & by prominent “Dharam Gurus” with close links to ruling party. This is being equated to random posts on social media with no social or political standing. In my case FIR isn't even saying WHAT was offensive

"In fact Yati has violated his bail conditions repeatedly by inciting genocide against Muslims and insulting Islam," he added, referring to earlier cases against Yati Narsinghanand.

Delhi Police officials told PTI that the FIRs are based on analysis of social media. The officials listed sections 153 (provocation with intent to cause riot), 295 (injuring or defiling place of worship) and 505 (statements towards public mischief) of the Indian Penal Code.

Mr Owaisi said, "One side has openly insulted our Prophet while the other side has been named to assuage BJP supporters & make it look like there was hate speech on both sides."

Referring to earlier instances of hate speech, the Hyderabad MP said, "Weak action has only been taken when there was outrage for weeks or international condemnation or when courts pulled up the police. In contrast, Muslim students, journalists, activists have been put in prison for the crime of merely being Muslim."

10. If Modi were sincere he would have stamped out hate speech without indulging in fake balance-vaad. Let genocidal hate speakers be put in prison under non-bailable draconian laws rather than getting promotions

He said that if Prime Minister Narendra Modi were sincere "he would have stamped out hate speech". He took a swipe at Uttar Pradesh Chief Minister Yogi Adityanath and PM Modi, saying that they had been "rewarded for hate speeches".

"As for the FIR against me, we will consult our lawyers and address it as and when required... Criticising hate speech and giving hate speeches cannot be equated," he said.

AIMIM supporters, meanwhile, protested outside the Parliament Street police station in Delhi. At least 20 of them were detained.