Six columns - around 600 personnel - of the Indian Army alone were already moving towards the flood-affected areas, officials said. 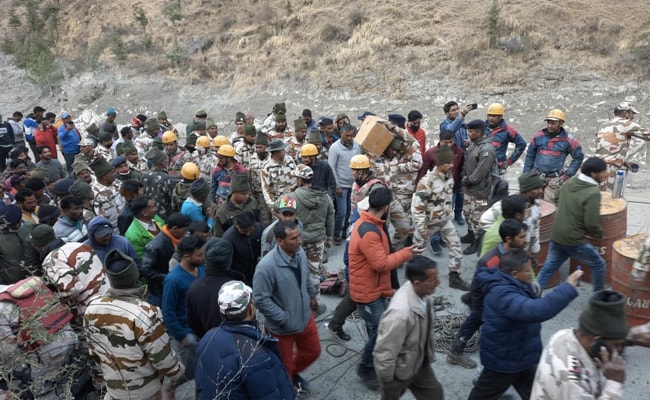 Rescue operation underway after a glacier broke off in Uttarakhand's Chamoli district.

India today scrambled to deploy its various forces in search, salvage, and rescue operations in Uttarakhand which is facing a major disaster following a glacier burst in Chamoli district. While 10 bodies have been found following the events of the day, over 150 persons were said to be missing.

Teams of the State Disaster Response Force (SDRF) were deployed in the Joshimath area, according to SN Pradhan, the Director General of NDRF. "NDRF has already moved from Dehradun to Joshimath. We are organising airlift for 3-4 more teams from Delhi to Dehradun onwards to Joshimath," he said, according to ANI.

Am constantly monitoring the unfortunate situation in Uttarakhand. India stands with Uttarakhand and the nation prays for everyone's safety there. Have been continuously speaking to senior authorities and getting updates on NDRF deployment, rescue work and relief operations.

Six columns - around 600 personnel - of the Indian Army were already moving towards the flood-affected areas, officials said. The Army has also deployed choppers to support the government's operations. Two medical teams have joined the operations while one engineering task force has been sent to Ringi village. 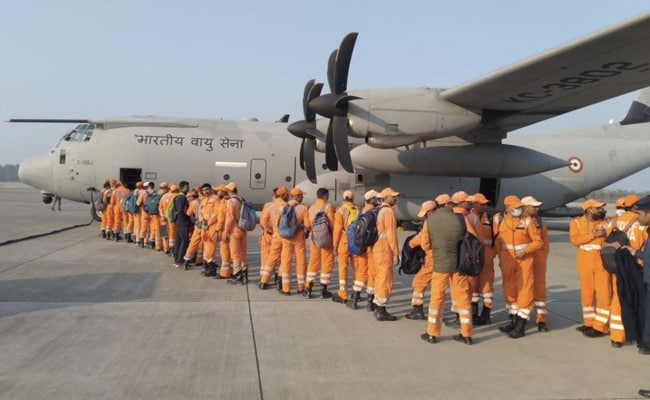 More relief and rescue personnel are headed to Uttarakhand

The military station near Rishikesh, they said, was actively involved in the coordination of rescue and relief operations with the local administration even as Army headquarters monitored the situation.

Three choppers, including two Mi-17s and one ALH Dhruv chopper, of the Indian Air Force (IAF) were stationed in Dehradun and nearby areas for rescue operations. More aircraft will be deployed as per the requirement, IAF officials said according to ANI.

The Indian Armed Forces have swung into action to assist the agencies in rescue ops.

Two columns of GARHWAL Scouts frm Joshimath 2 colns of 22 GRENADIERS from Auli have been deployed.

Two columns of 11 MADRAS are on standby.

Control Room has been established at Joshimath.

Indo-Tibetan Border Patrol (ITBP) personnel had arrived in Tapovan and Reni areas shortly after the flash floods had occurred.

These columns have been deployed at village Ringi near Joshimath: two columns from Joshimath and two from Auli, while two columns are on standby; an engineering task force with two JCBs; medical column with two ambulances; two Cheetah helicopters from army aviation; a control room at Joshimath; 60 staff of the NDRF moved with five tonnes of load from Hindon to Jolly Grant Airport; one more C130 and one AN-32 ready at Hindon for additional NDRF teams; three Mi-17 positioned at Jolly Grant to airlift  NDRF teams to Joshimath; MARCOS teams, 16 personnel at Delhi and 40 at Mumbai, ready for deployment. 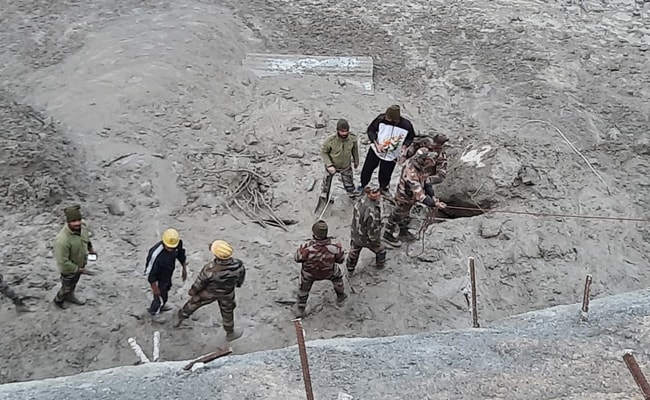 Army columns have been deployed at village Ringi near Joshimath

"Over 200 jawans are on the job and working in collaboration with local administration. One team is on the spot to assess the situation," ITBP spokesperson Vivek Pandey said. "Another team is deployed near Joshimath to raise awareness and evacuate people. The situation is under control."

Seven Indian Navy diving teams have been kept on stand by, sources said.

The glacier breach has triggered an avalanche and massive flooding along the Alaknanda and Dhauliganga rivers, forcing the emergency evacuation of thousands from surrounding areas, and damaging houses and the nearby Rishiganga power project. The upper reaches of the Rishiganga project also has been damaged, according to NDRF chief Pradhan.