As Temperature Goes Up, So Does The Risk For Soldiers At Siachen

Rapid temperature shifts are increasing avalanche risk at Siachen and making the Army remap its posts.

Siachen: Soldiers of the Armed Forces at Siachen, the world's highest battlefield, are having to remap their posts. The rapid change in temperatures is causing avalanches in safe areas of the glacier where more soldiers have died from the extreme weather than in battle.

Located at the northern tip of Kashmir, thousands of troops at Sicahen are in constant danger of frostbite and asphyxiation. Besides avalanches, crevasses are opening up "ahead of time" making movement of soldiers even more treacherous. This has affected the induction and de-induction of troops.

Top Ministry officials said that fresh restrictions on movement of soldiers have been imposed. "We have asked soldiers to not move unless it is very necessary," a top official said.

According to top officials in the Ministry of Defence, avalanches in the glacier have gone up by about 20 per cent.

Earlier this year, 10 soldiers died when a huge ice wall collapsed, burying the critical Sonam post, located close to the Line of Control with Pakistan. Lance Naik Hanumanthappa, who was rescued after being buried below 30 feet of snow for six days, could not be saved. The Sonam post was at a height of 19,600 feet. Several posts in this area had to be relocated as the area is now unstable.

"More importantly, winters are setting in later, so the snow isn't hardening leading to an increase in avalanches," Colonel UB Gurung, who commanded the 19 Madras Regiment that lost 10 men at Sonam, told NDTV. 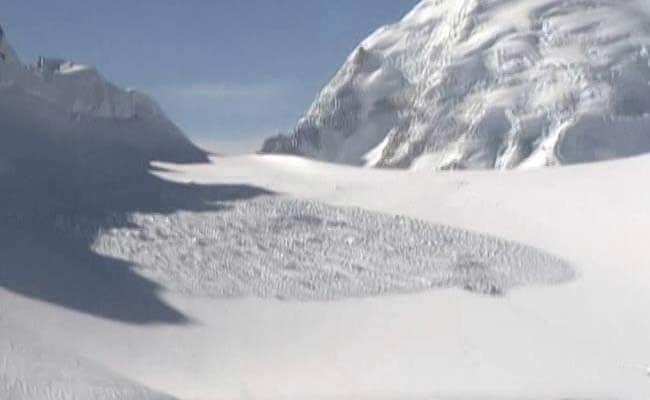 Movement of troops have been restricted unless absolutely necessary.

The Northern Glacier which was earlier considered to be stable is now increasingly seeing avalanches. The Ministry of Defence has asked the Chandigarh-based Snow Avalanche Study Organisation (SASE) to study the changing weather pattern.

In areas that are considered vulnerable, the Indian Army is digging ditches around post to prevent an avalanche burying entire posts.

Besides restrictions on movement, the Army has also inducted more technology. Apart from daily Avalanche Warning Bulletins which give sector specific warnings, Avalanche Rescue Teams have been prepositioned at vulnerable locations. Also, new equipment like the Avalanche Buoyance Systems - air bags that can be triggered remotely which prevent burial in an avalanche by providing extra buoyancy - have also been inducted.
Comments
SiachenArmy Sicahen glacierSiachen avalancheLance Naik HanumanthappaSiachen weather