Mamata Banerjee dharna: Last year, she had extended support to Arvind Kejriwal and had visited him when he was protesting at the home of Delhi Lieutenant Governor. 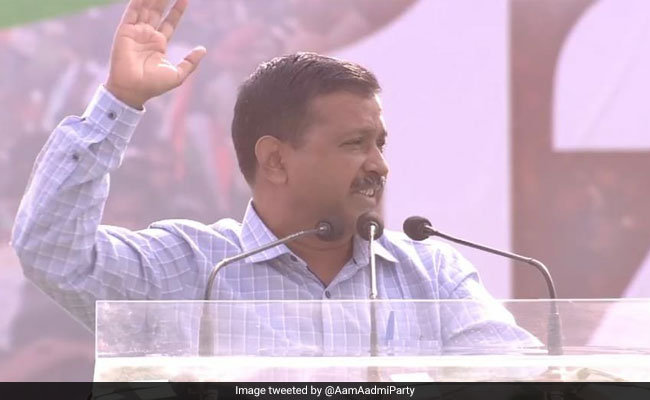 Delhi Chief Minister Arvind Kejriwal on Sunday extended support to his West Bengal counterpart Mamata Banerjee as she began a sit-in in Kolkata to protest against the Central government.

"Modi ji has made a complete mockery of democracy and the federal structure. A few years back, Modi ji captured anti-corruption branch of Delhi government by sending paramilitary forces. Now, this. Modi-Shah duo is a threat to India and its democracy. We strongly condemn this action," he added.

Arvind Kejriwal's reaction came after Ms Banerjee began the sit-in "to save the federal structure of the country".

According to government sources, Mr Kejriwal may also visit Kolkata on Monday.

Last year, Ms Banerjee had extended support to Arvind Kejriwal and had visited him when he was protesting at the home of Delhi Lieutenant Governor.

Mr Kejriwal, along with three Cabinet Ministers, camped at the Raj Niwas for 10 days demanding a direction to administration officers working in Delhi to end their undeclared 'strike' and the Centre to approve Delhi government's proposal to deliver ration to the poor at their houses.

The Kolkata police personnel also forcibly took the federal probe agency officers to a police station after bundling them into several vehicles.