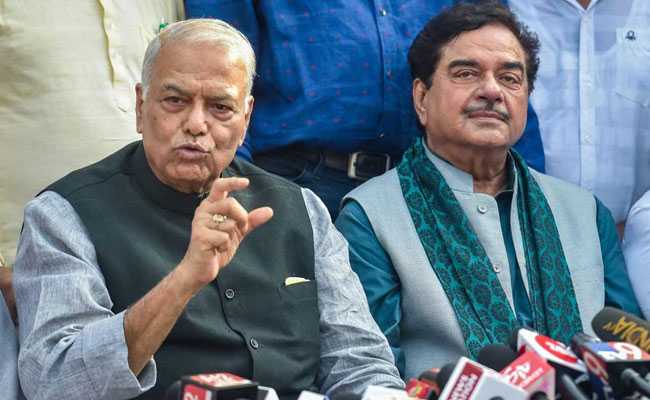 Arvind Kejriwal urged the Yashwant Sinha to contest the elections

Delhi Chief Minister Arvind Kejriwal on Saturday urged former Finance Minister Yashwant Sinha, a strong PM Modi critic, to contest the next Lok Sabha elections although he did not name the party or the constituency from which he should take on the BJP.

"A few days ago, Yashwantji had said he will not contest elections. Sir, I want to ask you if good people like you will not contest, then who will? The public wants you to contest," Mr Kejriwal said while addressing a rally.

The 'Jan Adhikar' rally was organised to mark the end of a 'padyatra' organised under the leadership of AAP leader Sanjay Singh.

"Shatrughan ji is contesting the election. He is not rejecting the idea," Mr Kejriwal said. Here too he did not mention the party on whose ticket and the constituency from which he would contest.

The Aam Aadmi Party had announced the names of the in charge for five of the seven Lok Sabha seats in Delhi. They are being considered as potential candidates of the party.

However, the party is yet to announce the name of two in-charges.