Soldier Killed By Terrorists In Kashmir Was Home After Son's Death

Lance Naik Malik's son teenage son Shariq had died on Friday after battling for his life for nearly two weeks following an accident. 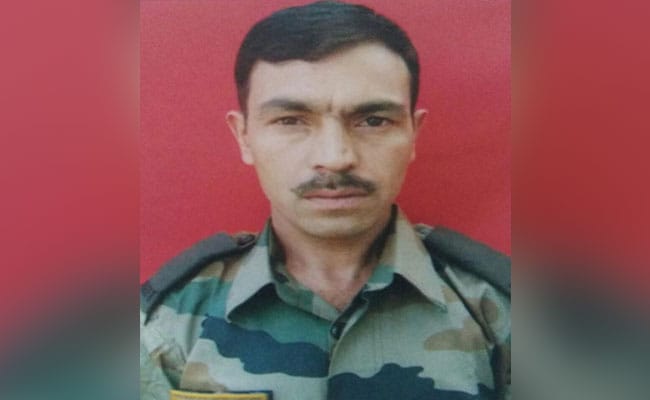 A territorial Army soldier, who had returned to his home in south Kashmir's Kulgam district for the last rites of his son, was shot dead by terrorists on Monday. The gunmen barged into his home at Shurat village and shot him from point blank.

"Shoot me if you want to, but don't ask me questions," those present at the scene quoted Lance Naik Malik as having told the terrorists, according to news agency PTI.

Officials say Lance Naik Mukhtar Ahmad Malik was a commander of a disbanded counter-insurgency group before he was recruited in the territorial Army.

"The Chinar Corps Commander and all ranks condole the death of Lance Naik Mukhtar Ahmad Malik who was killed in a dastardly act by the terrorists today at Kulgam. He was grieving the untimely demise of his son," an army spokesman said.

Lance Naik Malik's son teenage son Shariq had died on Friday after battling for his life for nearly two weeks following an accident. Giving details of the incident, officials said the family was preparing for 'Rasm-e-Chauram' (post-death ritual) when terrorists barged into the house of 43-year-old Malik.