Armed forces' canteens to be reviewed by national auditor CAG 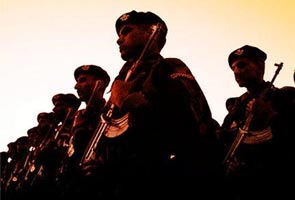 New Delhi: Over-ruling the objections of India's defence forces, the government has said that 4500 canteens in the Navy, Air Force and Army will be reviewed by the national auditor CAG.

The canteen's run by the armed forces qualify as the biggest retail chain of the country which serve all serving and retired personnel of the three services. At the top of the chain are the 34 outlet of the Canteen and Stores Department (CSD). The annual turnover of the CSDs for the last financial year (2010-11) was about Rs 9800 core with a per employee turnover of  Rs 361 lakh.

The 34 CSD outlets act as the whole sellers for the 3730 Unit Run Canteens (URC)- or canteens run by each individual unit of the three services across the country. It is estimated that the total turnover of the (URC) is near about Rs 10,000 crore  annually and the profit ranges anything between Rs 400-500 crore.

The CAG had earlier audited the finances of the 34 CSDs. It had observed that "the existing procedure for provisioning of dry rations failed to assess the requirement realistically. The failure was mainly due to systemic deficiencies due to which different quantities were worked out at different echelons applying different parameters..."The CAG had also pointed to the possible existence of "cartels" affecting the quantity and quality of rations. The CAG in its report 2010-11 report on the Canteen Stores Department had observed that all URCs should be classified as "retail outlets" of the CSD and therefore be subjected to a CAG audit. The military had however refused to give CAG access to URC documents.

The Public Accounts Committee of the Parliament that had examined this report of CAG had also slammed the military for refusing an external audit and also denying the CAG documents.

The CSDs gets about Rs 5000 crore annually from the Government to meet its expenses and make purchases. Within this Rs5000 crore the CSDs also get about Rs 400 -500 crore anually under the of "Quantitative Discount". This amount of goods is passed on the Unit Run Canteens across the country as per their requirment free of cost. The Unit Run Canteens pick up their supplies from the CSD and then sell with a mark up of four to five per cent.

The profit earned by these unit run canteens is used at the discretion of the formation commanders. While the services claim that money is used for welfare activities, there have been several allegations of misuse of this profit.

Opposing the governments and CAGs recommendation for complete an audit of finances of the URC by an external agency, the military claimed that the URCs were running on non-public funds. The military argued that the all URCs give CSD money in advance to procure goods.To avoid an external audit, the military had even threatened not to take any money from consolidated fund of the India for even the CSD procurement.