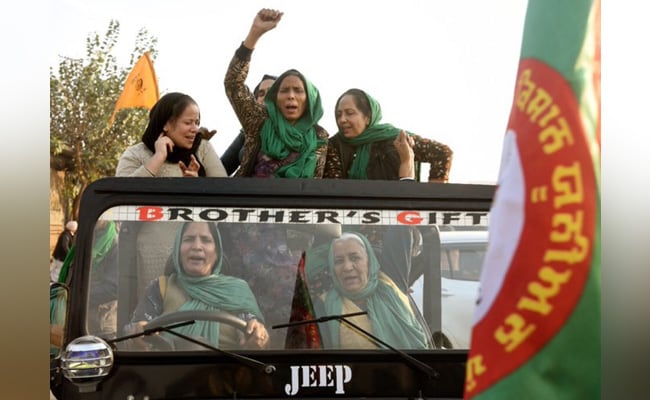 The Supreme Court today asked the Central government whether the thousands of farmers camped in and around Delhi in protest over the past many weeks are "protected from Covid-19". The court sought to liken the situation to the one involving the Tablighi Jamaat congregation in the capital last year that went on to become one of India's biggest clusters of coronavirus cases.

"Do not know whether farmers are protected from COVID? Have you learnt from your experience what happened (referring to the Tablighi congregation)? The same problem may arise from the farmers agitation also," the bench headed by Chief Justice Sharad Arvind Bobde asked Solicitor General Tushar Mehta.

His observations came amid the hearing of a PIL questioning the role of the Centre and the Delhi Government in allowing the huge congregation at the Tablighi meet in Delhi's Nizamuddin area in March 2020.

The global Islamic evangelical event, which had hundreds of foreign attendees, came to be termed "super spreader" in sections of the media following the Covid-19 spread. Cases were filed and several of the delegates arrested. However, in later months, most such foreign delegates were let off by various courts for lack of evidence.

For the more than a month now, thousands of farmers from across Punjab, Haryana, Uttar Pradesh, other states have been part of the sit-in protest in and around the national capital, demanding the withdrawal of three recently introduced agricultural laws. They have been living in make-shift camps, with resources stretched and barely available sanitary arrangements.

Solicitor General Mehta today said he will file a reply to the Chief Justice's queries within two weeks.

Chief Justice Bobde further said, "We are interested in solving the problem of COVID. We are ensuring COVID protocols are honoured."

The court will now take up the case after two weeks.