The demonstrators comprised mostly students of Patna University, youths from some neighbouring towns and people owing allegiance to social and political outfits. 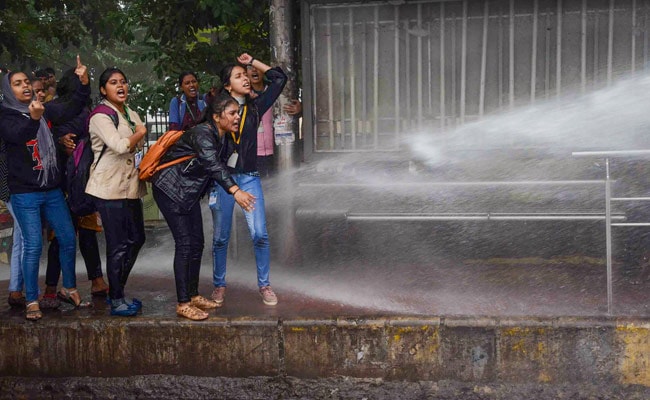 The demonstrators comprised mostly students of Patna University, youths from some neighbouring towns.

Several police personnel were injured and an outpost and some vehicles were torched by a mob that turned violent while taking out a procession in protest against the amended Citizenship Act in the Bihar capital on Sunday, police said.

Senior Superintendent of Police, Patna, Garima Malik said an FIR has been registered against the miscreants, who were being identified with the help of CCTV footage of the violence and arson that gripped the Kargil Chowk area of the city for close to an hour.

The demonstrators comprised mostly students of Patna University, youths from some neighbouring towns and people owing allegiance to social and political outfits.

They raised slogans against Prime Minister Narendra Modi and Bihar Chief Minister Nitish Kumar and vented their ire at the Citizenship Amendment Act which has put several parts of the country, including the national capital and the far-off north-east, on the boil.

They also alleged that the legislation "targeted Muslims" in the name of granting citizenship to immigrants belonging to other communities.

"Anti-social elements had made their way into the procession who indulged in violence and arson. A police outpost and four vehicles parked nearby have been set afire. About a dozen police personnel who were involved in maintaining law and order have received injuries," Garima Malik said.

"Those involved in the lawlessness are being identified and named FIR is being lodged against them. They will soon be nabbed and brought to book", she added.