Dipak Haldar, however, remained tight-lipped on joining the BJP. 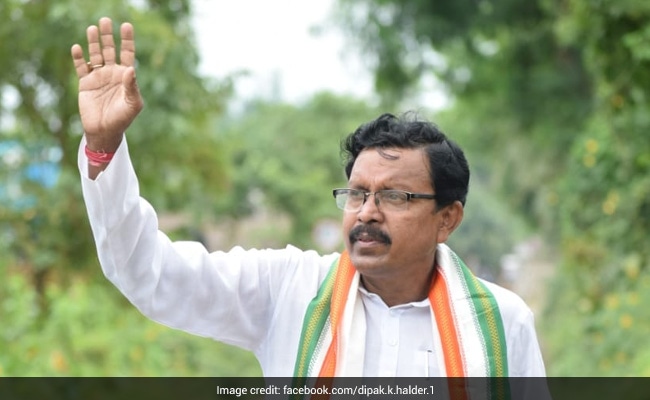 Dipak Haldar has fuelling speculations of his possible switchover to the BJP.

Amid ongoing exodus from TMC ahead of the assembly polls, two-time MLA from Diamond Harbour, Dipak Haldar, on Monday quit the party accusing the Trinamool Congress leadership of not allowing him to work for the masses, fuelling speculations of his possible switchover to the BJP.

Dipak Haldar, however, remained tight-lipped on joining the saffron camp.

He sent his resignation to the party-state president Subrata Bakshi and South 24 Parganas TMC president Subhasish Chakraborty this evening.

"I am a two-time MLA. But, since 2017, I am not allowed to work properly for the masses. Despite informing the leadership, no action was taken to improve the situation. I am not informed about any party programme. I am answerable to the people of my constituency and supporters.

"I have sent my resignation letter to the district and state president this evening through speed post. I thank Mamata Banerjee for allowing me to serve as an MLA," he said.

Accusing a section of the party leadership for harassing him and his family members, Mr Haldar said "just because of differences with me, my family members were also harassed. Why should I tolerate this humiliation? I don't deserve this."

However, he said he is not resigning from the post of MLA, as he is committed to the people of his constituency.

For the last few months, Mr Haldar has been speaking against the party leadership.

Mr Haldar, considered to be a close associate of BJP leader Sovan Chatterjee, since his days in the TMC, recently met the latter at his residence in South Kolkata.

The TMC leadership said Mr Haldar was a "non-performing" MLA of the party and it was unlikely that he would have got a nomination this time.

"If he felt so humiliated then he should have resigned two years back. Why did he wait for so long? The fact is he was well aware that he won''t be getting a ticket this time and that is why he is now planning to jump the ship," a senior TMC leader said.