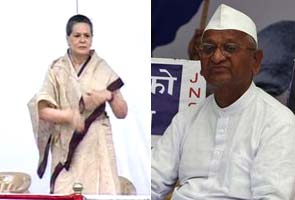 New Delhi: This is the letter sent by social activist Anna Hazare to Sonia Gandhi about his movement for a new tough law against corruption.

Mr Hazare is on the fourth day of his hunger strike. The government has been negotiating with a team of activists that support the 72-year-old Gandhian's campaign, India Against Corruption.

Promoted
Listen to the latest songs, only on JioSaavn.com
Lakhs of Indians are supporting Mr Hazare in his call for a Jan Lokpal Bill (Citizen's Ombudsman Bill).