PM Modi's 56-inch chest was a campaign weapon that he used to criticise his opponents before his party came to power and occasionally afterwards. 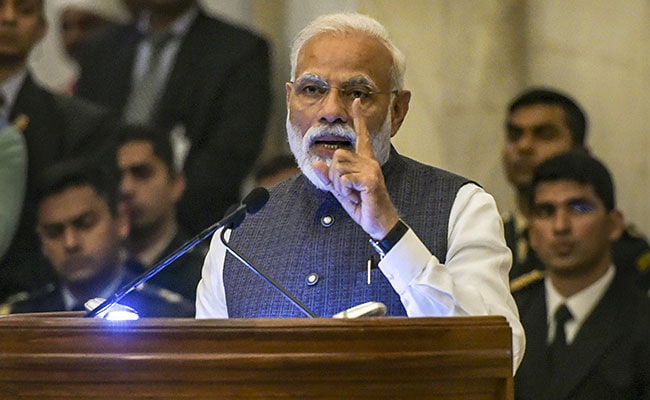 After the pre-dawn strike at a major Jaish-e-Mohammed camp in Balakot killed a "very large number of terrorists", Haryana BJP lawmaker Anil Vij told the Opposition in the state assembly that Prime Minister Narendra Modi has shown his 56-inch chest.

"What Modi says, he does. He has shown that terrorism cannot be tolerated... Pakistan has been taught a lesson; we have hit them inside their home. This is called 56-inch chest. This is called a lion's chest," Mr Vij said.

PM Modi's 56-inch chest was a campaign weapon that he used to criticise his opponents before his party came to power and occasionally afterwards.

PM Modi had at one of his campaign rallies before the 2014 elections hit out at Samajwadi Party's Mulayam Singh Yadav and said that, "You can't make a Gujarat; that needs a chhappan inch ki chhati."

There have been many detractors of this claim, especially from the Congress. Anil Vij was also incidentally responding to a jibe by Congress lawmaker Raghubir Singh Kadian, who claimed constitutional and autonomous bodies have come under "attack" under the Modi government.

In a swift 90-second attack on the biggest training camp of Jaish, around 80 km inside Pakistan, twelve Indian Air Force Mirage 2000-5 IN fighter jets crossed the Line of Control around 3.30 am and dropped 1,000 kg laser-guided bombs on the targets.

The strike on the Jaish camp came as a retaliation after the February 14 Pulwama attack that killed 40 CRPF personnel.

"It is time for entire nation to feel proud that India has hit back," Anil Vij added.