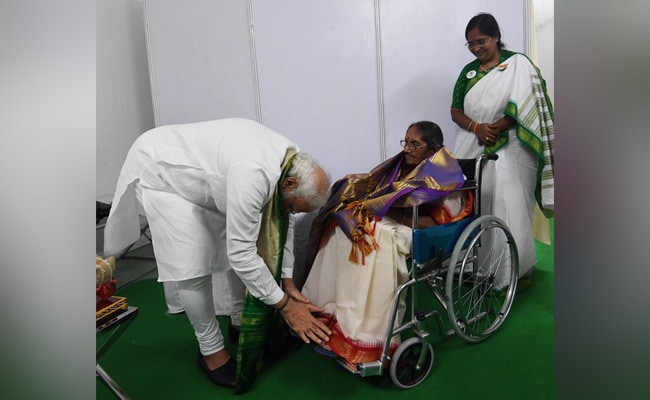 90-Year-old Ms Bharathi, on a wheelchair, blessed PM Modi who also met her sister and niece.

Born in 1900 in West Vipparru village in the Tadepalligudem taluka of the West Godavari district, Pasala Krishna Murthy joined the Congress party along with his wife in 1921. A Gandhian, he also took part in the Salt Satyagraha movement for which he was sentenced to one-year imprisonment. He passed away in 1978.

Later in the day, PM Modi will also visit Gandhinagar in Gujarat to inaugurate the Digital India Week 2022.