In his message to Greta Thunberg, Anand Mahindra said he understood her anger. 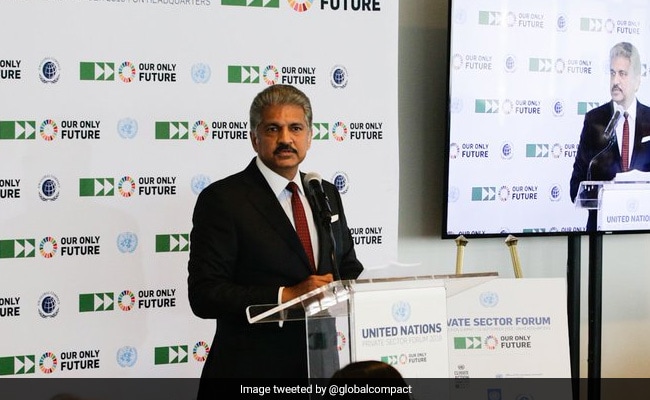 Anand Mahindra said he optimistic because of young people like Greta Thunberg.

Anand Mahindra, chairman of India's autos-to technology conglomerate Mahindra Group, reached out to teenage activist Greta Thunberg in a tweet on Friday, saying that creating wealth out of environment friendly solutions would lead to greater benefit than pitching profit against sustainability.

Greta Thunberg, a 16-year-old Swedish girl, had made international headlines earlier this week in an impassioned speech at the UN Climate Action Summit in which she berated world leaders, accusing them of betraying her generation by failing to tackle greenhouse gas emissions.

"You have stolen my dreams and my childhood with your empty words, yet I'm one of the lucky ones. People are suffering, people are dying, entire ecosystems are collapsing," Ms Thunberg, who is taking a year off from her studies, said.

"We are in the beginning of a mass extinction, and all you can talk about is the money and fairy tales of eternal economic growth. How dare you!" she said.

In his message to Ms Thunberg, Anand Mahindra said he understood her anger.

I leave New York with optimism because of young people like @GretaThunberg Greta, we understand your anger,but I urge you to support the message that it's not sustainability OR profit but that sustainability can CREATE wealth.This will lead to collaborative solutions https://t.co/gDryM97UMf

Earlier, speaking at the UN Global Compact Private Sector Forum in New York this week, Anand Mahindra, whose multinational conglomerate employs over 2 lakh people, said that more and more business leaders are waking up to the fact that sustainability and profit go together, and that climate action represents the biggest business opportunity of the next few decades.

Greta Thunberg's imperious rebuke to world leaders at the UN cemented the teen's role as her generation's leading spokeswoman on climate change. Though her words did not seem to move the leaders who spoke after her, her speech of only four and a half minutes immediately went viral, racking up tens of thousands of shares and comments on social media.