Railway Board chairman Ashwani Lohani and Northern Railway general manager Vishwesh Chaube are rushing to the spot, the officials said. 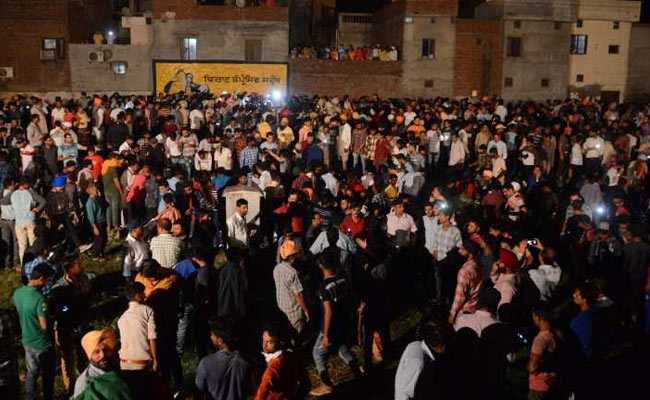 Several Dussehra revellers were run over by a passing train in Amritsar on Friday.

Railways today rushed its top officials to Amritsar as several Dussehra revellers were run over by a passing train, while Union minister Piyush Goyal said immediate relief and rescue operations are being conducted.

"Shocked and deeply saddened by the tragic train incident that occurred in Amritsar. My heartfelt condolences to the families of the victims. I pray for the injured to recover quickly. Railways is conducting immediate relief and rescue operations," Mr Goyal tweeted from the US where he had gone to attend an event.

While Punjab Chief Minister Amarinder Singh announced Rs. 5 lakh for kin of each dead and free treatment for the injured, officials said there was no decision as yet on any compensation from the railways.