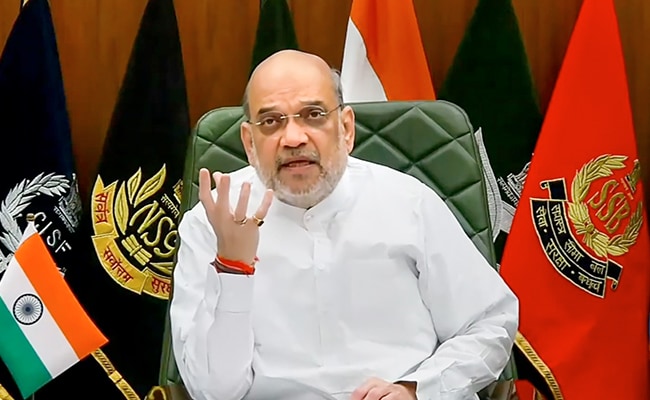 Home Minister Amit Shah will go to Jammu and Kashmir for three days from September 30. He is likely to pray at the Mata Vaishno Devi shrine before starting the BJP's election campaign.

"The Home Minister would be reaching Jammu on September 30 and on same day most likely is going to go for Mata darshan," a senior Home Ministry officer said.

Jammu Kashmir BJP leaders who are organising Mr Shah's rallies said he is likely to announce reservations for the Pahari-speaking community.

According to Mr Shah's schedule, he will address a rally in Jammu region's Rajouri on October 1 and Kashmir region's Kupwara the next day.

"He will announce reservations for the Pahari-speaking community whose large population lives in Poonch, Rajouri districts of Jammu division and Baramulla district of the valley. Amit Shah will kickstart the BJP election campaign in Jammu and Kashmir during his forthcoming visit," a BJP leader said, asking not to be identified. The BJP government had recently nominated Gujjar leader, Ghulam Ali Khatana, to the Rajya Sabha.

Rajouri is also home district of BJP's Jammu and Kashmir chief Ravinder Raina, who won the last assembly election from Nowshera in 2014.

After returning from Rajouri, Mr Shah will meet BJP leaders and members at the party office.

"There are many expectations and hopes of people across Kashmir from the BJP and the central government," said Sham Lal Chaudhry, a senior BJP leader who was also a minister in the BJP-Peoples Democratic Party coalition government.

Mr Shah on October 2 will review the security situation with Lieutenant Governor Manoj Sinha. "The focus of this high-level meeting would be on anti-terror operations in the coming winter months," another Home Ministry officer said.