AFSPA Won't Be Repealed Even If Another 'Gandhi' Comes: Amit Shah

In its poll manifesto, the Congress has promised that it will review the AFSPA if voted to power. 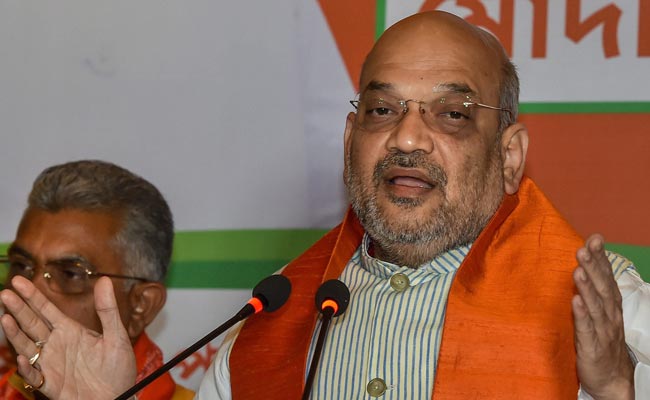 Amit Shah alleged the Congress and its allies want to separate Kashmir from India. (FILE PHOTO)

In a direct attack on Congress and its chief Rahul Gandhi, BJP President Amit Shah on Wednesday asserted that the Armed Forces Special Powers Act (AFSPA) will not be repealed "even if another Gandhi comes after him".

In its poll manifesto, the Congress has promised that it will review the AFSPA if voted to power.

"Congress in its manifesto said that they will scrap AFSPA so that cases can be filed against the Army men. Should AFSPA be repealed? I have come to tell Rahul baba it will not be repealed in your whole life and after you, even if another Gandhi comes he will also not be able to repeal it," Mr Shah said while addressing an election rally in Bihar's Samastipur.

The AFSPA grants special powers to the Army in "disturbed areas". According to The Disturbed Areas (Special Courts) Act, 1976, once declared "disturbed", the area has to maintain the status quo for a minimum of three months.

Mr Shah alleged the Congress and its allies want to separate Kashmir from India.

"Congress is in alliance with the National Conference. Omar says that there should be separate Prime Minister for Kashmir.... These gathbandhan people -- Lalu, Rabri and Rahul -- want that Kashmir should be separated from the country," he said.

"Kashmir is the crown of Mother India. Kashmir is an integral part of Hindustan. The leaders of Mahamalavat want to separate Kashmir from India. For this, they have to go over our lives," Mr Shah said.

The BJP president claimed that the Mahagathbandhan does not have any leader who can lead it and each of them aspire to assume the Prime Minister's office on a rotational basis.