While the meeting is not specific to Jammu and Kashmir, developments there will be discussed, sources said. 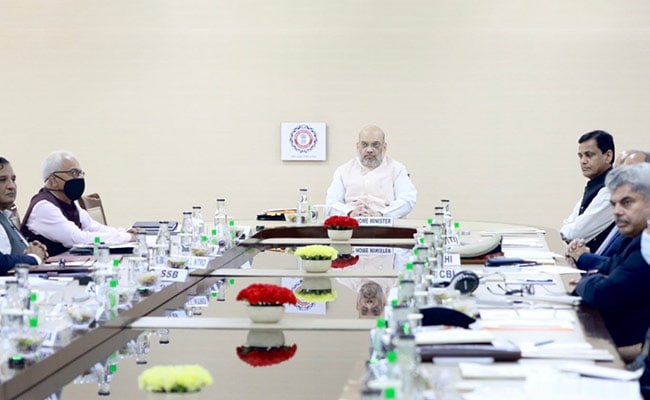 Union Home minister Amit Shah chaired a meeting of top security agencies, paramilitary officers, the police chiefs and others today, on the country's internal security, sources said. Held at the headquarters of the Intelligence Bureau, this was the first physical meeting of the entire security establishment since the outbreak of Covid in the country.

The situation in Jammu and Kashmir -- where a spate of civilian killings over the last two weeks has shocked the country -- was discussed. The officials also discussed the measures needed tackle terrorism, sources said.

Yesterday, two men from Bihar were gunned down by terrorists in Kashmir Valley's Kulgam district.

On Saturday, a gol-gappa hawker from Bihar and a carpenter from Uttar Pradesh were shot dead.

The security forces have intensified anti-terror operations and over the last week, 13 terrorists have been killed, the state police said.

Mr Shah is likely to visit Jammu and Kashmir on October 22 - his first visit since the state was bifurcated into two Union Territories and its special status granted under the constitution was scrapped, sources said.