The attempts ended tragically as Ravi Singhal died on his wife's lap in the auto that parked right outside a hospital. 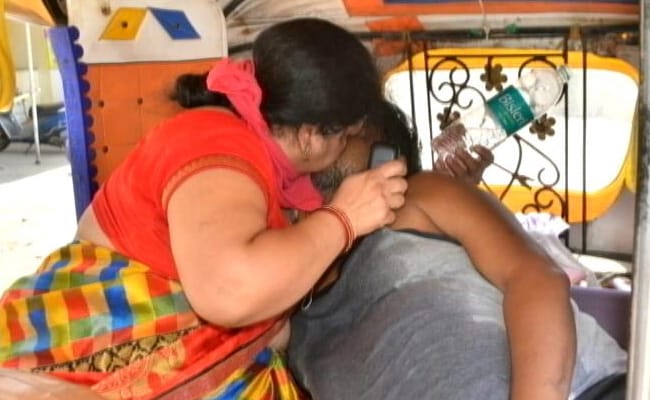 As the man started gasping for breath, his wife was seen trying to resuscitate him

Images of a woman giving cardiopulmonary resuscitation (CPR) to her husband in an auto and an officer shouting at frantic relatives fighting for Oxygen have gone viral in the nationwide Covid crisis. Both the incidents are from Agra in Uttar Pradesh.

In one set of visuals, a woman, Renu Singhal, is seen with her husband, who is Covid positive and looks to be on the verge of collapse. As the man, Ravi Singhal, started gasping for breath, she was seen trying to resuscitate him.

The attempts ended tragically as Ravi Singhal died on his wife's lap in the auto that parked right outside a hospital. He was declared dead at SN Medical College hospital in the city.

In another incident, relatives of a patient are seen protesting and screaming for oxygen cylinders outside the gates of a hospital. A senior official is heard shouting back at them. One video that went viral showed an officer, Preeti Jain, stopping people from picking up oxygen cylinders from a plant in Tedi Bagia in the city.

"I, along with my family members, touched her feet many times and requested to let us go, but our requests were not heard and we were asked to leave the spot," Mohan Verma, the relative of a patient, was quoted as telling news agency PTI.

Preeti Jain said she was "trying to prevent any panic among the public and avoid damage to the oxygen plant facility", according to PTI. 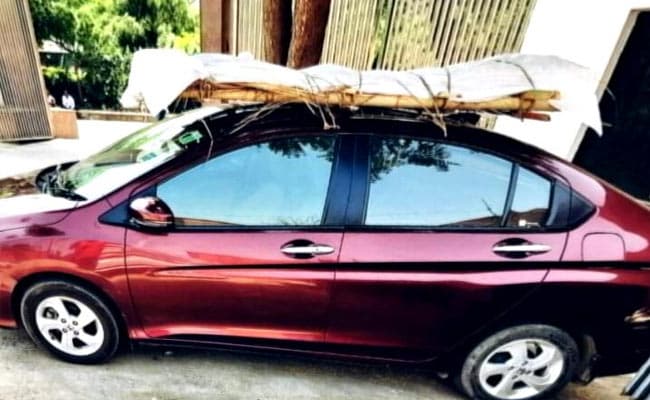 "I was asking family members of patients to wait outside the oxygen plant and then they would be given a cylinder. But they did not listen to me and entered the plant," she was quoted as saying.

Relatives of patients alleged there was a shortage of oxygen in three different hospitals in Agra. Frustration and desperation spilt out into the streets with patients' relatives blocking the Agra -Kanpur highway yesterday.

A third image that is being widely shared is that of a man carrying his father's body on the roof of his Honda car - no ambulance was available, according to him.

Top district officials in Agra said they are doing their best to see enough oxygen is sent to hospitals.

"We are sending liquid oxygen to our six major hospitals... Our oxygen plants have been prioritized. We have set up a control room to manage oxygen supply. Our team is working 24X7 to ensure no one is deprived of oxygen," said PN Singh, District Magistrate.

"We also appeal to everyone to be careful and stay indoors so we can break the chain of transmission," he added.