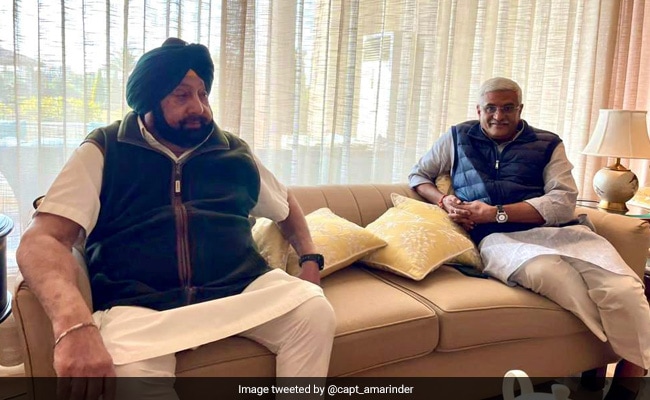 Mr Singh on Monday announced that his party, Punjab Lok Congress will contest the upcoming Punjab Assembly elections in alliance with the BJP and Sukhdev Singh Dhindsa's party.

"In principle, a decision has been taken, now seat adjustment is to be done. We will also do seat adjustments with Dhindsa sahab's party (Shiromani Akali Dal-Sanyukt). I will tell both parties that we should pick winners and support those candidates," said Mr Singh.

The Shiromani Akali Dal (SAD), a long-term ally of the BJP, parted ways with the NDA-led government last year at the Centre over the issue of farm laws which have now been withdrawn.

Punjab is scheduled to go for assembly polls in 2022.

In 2017 Punjab assembly polls, Congress won an absolute majority with 77 seats and ousted the SAD-BJP government after 10 years.

The Aam Aadmi Party (AAP) emerged as the second-largest party with 20 seats in the 117-member Punjab assembly. The SAD could only manage to win 15 seats while BJP secured only three.