Amala Shankar, the famous dancer and wife of Uday Shankar died this morning in Kolkata 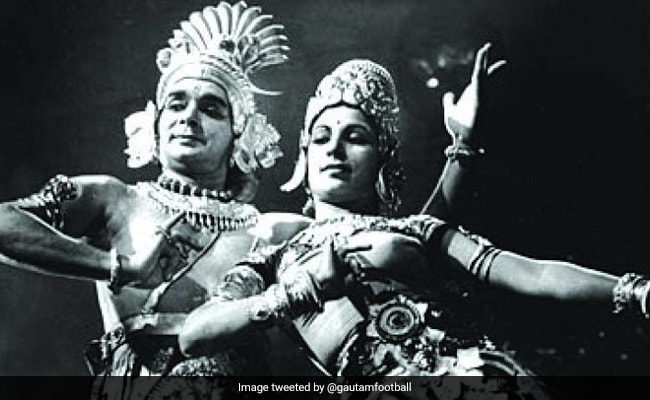 Amala Shankar, the renowned dancer died in Kolkata Friday morning at the age of 101. Wife of Uday Shankar, the legendary dancer who was instrumental in popularising Indian fusion dance across the world, Amala Shankar learned dancing in the 1930s. She was one of path-breakers for Indian women who rarely performed on public stage at those times.

In a condolence message, West Bengal Chief Minister Mamata Banerjee said Amala Shankar's death is an "irreparable" loss in the world of dance.

Born as Amala Nandy, in 1919 at Jessore, now in Bangladesh, she was keen on arts and music from an early age and she received abundant encouragement from her father who was a prominent businessman.

In 1931, Amala Shankar met Uday Shankar at the International Colonial Exhibition in Paris, when she was only 11 years old.

She joined Uday Shankar's dance troupe and started performing across the world and thus began a historic journey.

Condolence messages poured in on Twitter. Amala Shankar's students and loved ones from across the world paid their tribute and recalled fond memories.

Amala Shankar's grand daughter and actor Sreenanda Shankar tweeted, "Today my Thamma left us at the age of 101. We just celebrated her birthday last month. Feeling so restless that there is no flight from Mumbai to Kolkata. Heartbroken. May her soul Rest in peace. This is an end of an era. Love you Thamma. Thank you everything."

Today my Thamma left us at the age of 101. We just celebrated her birthday last month.
Feeling so restless that there is no flight from Mumbai to Kolkata. Heartbroken
May her soul Rest in peace. This is an end of an era. Love you Thamma. Thank you everything. #AmalaShankarpic.twitter.com/tDh2dkdRhn

My beloved guru, Amala Shankar, or Maashi Maa, as we call her, has passed away.

Some part of me will always be with her in Jay Jayanti, listening to stories of another world after relentless 6 hour rehearsals. pic.twitter.com/KjNLkKwTTM

Heartfelt respect #AmalaShankar. Pray for her soul rest in peace.

Leading Danseuse Amala Shankar passes away at the age of 101 years.May her soul Rest in Peace.Below Uday Shankar and Amala Shankar. pic.twitter.com/4YKwMjRm23

Several of Amala Shankar's disciples and admirers said her death brought an end to an era.

Amala Shankar was a multi-faceted talent. Not only dance, she was a painter and writer as well. Amala Shankar, was active even in her early 90s. She was awarded Banga Vibhushan by the West Bengal government in 2011 for her contributions in the field of art.