All Flights Cancelled, National Highway Closed Due To Snowfall In Kashmir

Due to poor visibility along with snowfall, all inbound and outgoing flights at Srinagar, have also been cancelled. 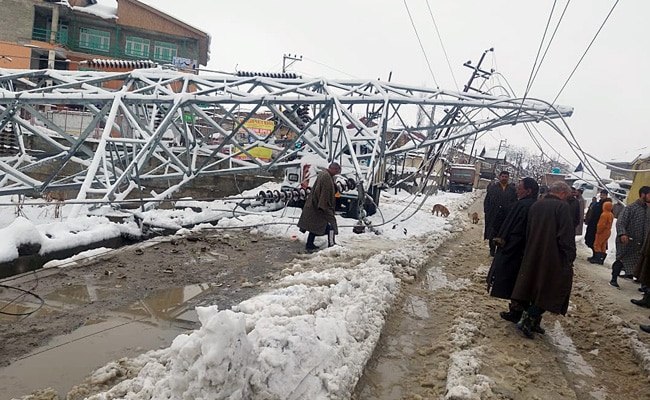 Fresh snowfall in the Kashmir Valley has disrupted normal life and services as well as affected air traffic, road connectivity and electricity.

Due to poor visibility along with snowfall, all inbound and outgoing flights at Srinagar, have also been cancelled.

Passengers blame airline companies for skyrocketing ticket prices after all 45 flights scheduled for Wednesday were cancelled. Flights are expected to resume tomorrow.

Former chief minister Omar Abdullah termed it a day light robbery by airlines and rues inaction by the government.

This is how passengers to Srinagar are getting shafted by airlines - all flights got cancelled today & people who had paid ₹3000/4000 for their seats are told to rebook. Suddenly the same flights are being quoted at ₹12,000/₹14,000. Day light robbery & no government intervenes

Authorities have closed the Srinagar-Jammu national highway due to shooting stones, landslides, avalanches and snow. The highway is the only road link that connects Kashmir with rest of the country.

Meanwhile, the rail service between Baramulla and Banihal was closed. Kashmir University also postponed exams that were scheduled to be held on Wednesday.

Jammu and Kashmir administration officials say power department is working to restore electricity. In some areas power supply was restored this evening but in the wake of damage to transmission towers, electricity may remain affected large parts of Kashmir.

According to the India Meteorological Department, Srinagar recorded 59mm of rainfall in the past 24 hours. The weather department states that Srinagar will face a partly cloudy sky with the possibility of rain or thunderstorm or duststorm.

(With Inputs from PTI and ANI)