Several major car manufacturers have expressed interest in the idea of air taxis; in June, Hyundai said it planned to have an air-taxi service in operation as soon as 2025 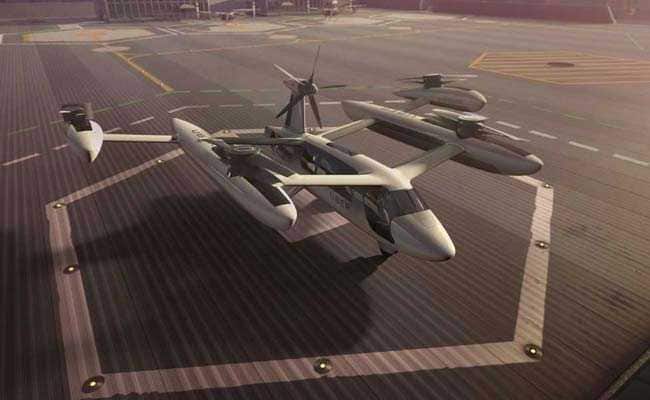 India may soon see air taxi services - which could help reduce traffic and pollution on city roads - operating under the Drone Rules 2021 that were announced by the government on Thursday.

"Air taxis are being researched globally... and many startups are coming up. The time is not far when like taxis that you see on roads, like Uber, etc., you will see see taxis in the air under the new drone policy. I believe this is very possible," Civil Aviation Minister Jyotiraditya Scindia said.

Earlier today the government issued fresh norms for the use of drones in the country.

According to these rules no security clearance is required before registration or issue of licence for the operation of drones. In addition, fees for these licenses have has been reduced significantly.

Drone corridors will be developed for cargo deliveries, and coverage of drones has been increased from 300 kg to 500 kg to include heavy payload-carrying drones and drone taxis, or air taxis.

The Civil Aviation Ministry has also reduced forms that need to be filled to operate drones - from 25 to five - and decreased types of fees charged from the operator - from 72 to four.

Online registration of all drones shall happen through the Digital Sky platform.

Safety features like 'No permission - no take-off' (NPNT) and a real-time tracking beacon are to be notified and a six-month minimum lead time will be provided for compliance.

All drone training and examination is to be carried out by authorised schools working in accordance with rules to be prescribed by the Directorate General of Civil Aviation (DGCA).

Worldwide the 'air taxi' is an idea starting to garner significant attention.

German flying taxi startup Volocopter has said it hopes to have a two-seater flying taxi - which looks like an oversized drone - in regular service in time for the 2024 Paris Olympics.

Major automotive manufacturers have also expressed interest in this field. In June, Hyundai said it planned to have an air-taxi service in operation as soon as 2025.

The South Korean company is developing air taxis, to be powered by electric batteries, that can transport five to six people from highly congested urban centres to airports.

The zero-emission aircraft - which can take off and land like helicopters, and carry passengers and cargo - are being developed by a number of startups as well as aircraft makers and automakers.

However, any such enterprise faces a long road to profitability.