Air India sources confirmed to NDTV that smoke in the cabin prompted the pilots to make an urgent landing which was carried out safely. 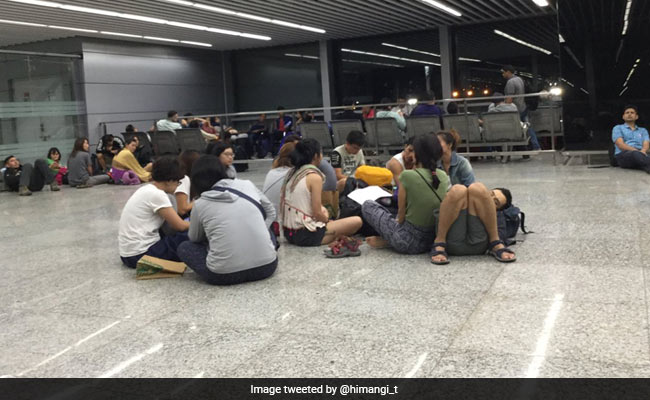 Passengers waiting at Kolkata airport after the incident

An Air India aircraft made an emergency landing in Kolkata this morning after smoke emerged from the cockpit. The Singapore-bound flight had taken off from Delhi at 11 pm, but two and a half hours later, it landed at Netaji Subhas Chandra Bose International Airport in Kolkata.

Air India sources confirmed to NDTV that smoke in the cabin prompted the pilots to make an urgent landing which was carried out safely. The national carrier tweeted about the diversion and said that AI 380 was AOG or Aircraft on Ground due to technical failure. An investigation has been ordered.

#FlyAI : AI 380 of 16th July DEL/SIN diverted to Kolkata and declared AOG due Technical. All Pax shifted to Hotel. Revised time of departure will be informed shortly.

All the passengers were shifted to a hotel in the city.

After a delay of about 18 hours, the passengers arrived at the airport this evening to board the flight, which took off after 8pm.

The husband of a passenger tweeted that Air India asked them to board the same aircraft and blamed the airline for "pathetic support".

My wife was on flight AI 380 from Delhi to Singapore which made an emergency landing in Kolkata due to a technical failure. Passengers have been stuck for 14 hrs, and there is no support from Air India.@rajnathsingh@PTI_News@the_hindu@CNNnews18