Earlier this year Air India became the third domestic carrier to complete Taxibot trials; the other two were SpiceJet and Jet Airways. The trial was conducted on a Boeing 737-800 flight 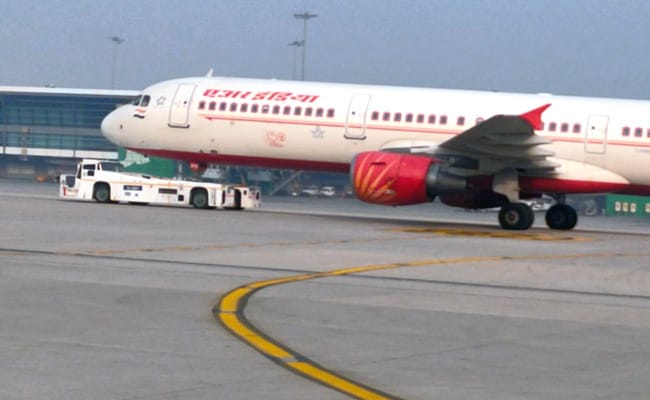 National carrier Air India made history today by becoming the first airline in the world to use a pilot-controlled semi-robotic aircraft tractor as alternate taxiing equipment on an Airbus A320. Called TaxiBot, the tractor was developed by Israel Aerospace Industries, in partnership with a French company, and successfully towed a commercial Air India flight carrying passengers from Delhi to Mumbai to the runway for take-off.

The Taxibot can tow aircraft from parking bays to the runway while the plane's engines are switched off. According to its manufacturers, this saves 85 per cent of the fuel the plane would normally use at that time. It can also be used to tow planes after they have landed, although Air India intends to use them for departing flights only.

In addition, the Taxibot is also expected to help cut down on CO2 emissions - up to 800 kilograms are emitted for every 15 minutes - according to a spokesperson from KSU Aviation, the Indian firm that has an agreement with Israel Aerospace Industries (IAI) to operate Taxibot in the country.

Noise pollution levels are also expected to drop - by as much as 60 per cent.

Earlier this year Air India became the third domestic carrier to complete Taxibot trials; the other two were SpiceJet and Jet Airways. The trial was conducted on a Boeing 737-800 flight and its success meant all Boeing flights in the country could begin using the Taxibot.

Airbus subsequently confirmed it would soon release protocols for using the equipment with its aircraft.

A total of 40 Taxibots will be deployed at airports across the county.

In October last year SpiceJet successfully towed a Boeing 737 plane - a commercial flight from Delhi to Goa - to the runway, marking the first time the equipment was used in the country.

On August 15, Air India became the first Indian airline to fly over the North Pole - from Delhi to San Francisco. The airline expects fuel saving on this route to be between two and seven tons per flight with emissions cut by between six and 21 tons.