After Massive 7.9 Earthquake, Flights to Kathmandu Put on Hold 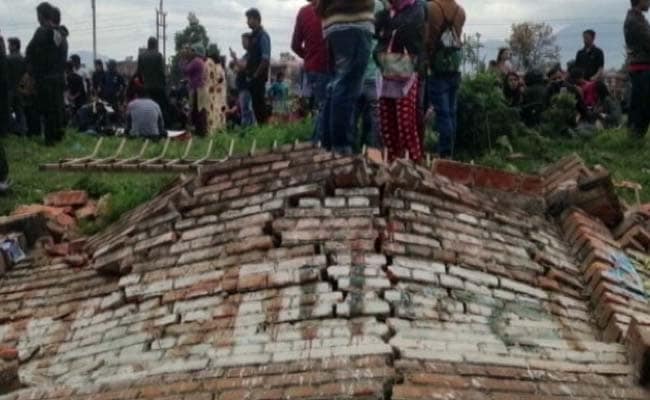 New Delhi: Indian domestic airlines have put on hold their services to Kathmandu after the runway at the Nepal capital's airport was closed due to a powerful earthquake that rocked the central part of the Himalayan country, causing extensive damage to buildings.

All Indian carriers - national airline Air India and private carriers IndiGo and SpiceJet, have put on hold their flight services till they get a go-ahead from the Nepalese aviation authorities.

"We operated three flights to Kathmandu. While the morning flight from Delhi operated as per the schedule, the two other services, one from Delhi and another from Kolkata are on hold as of now. We will operate them as soon as we get a nod from the aviation authorities in Kathmandu," an Air India spokesperson told Press Trust of India in New Delhi.

Budget carrier SpiceJet and IndiGo have also decided not to operate till they get a clearance from the Nepal government.

"As of now we are not operating to Nepal because of the runway closure," a SpiceJet official said.

"We have offered the cargo-belly space to the NGOs and other agencies for transporting relief material free of cost," he added.

IndiGo said that it had called back its Delhi-Kathmandu flight.

"In this sort of situation, one can't predict when the operations would be resumed. Our top priority right now is safety of our staff and passengers," he said.

Indigo has also waived cancellation charges for its flights to Nepal for one week, Mr Ghosh added.

Promoted
Listen to the latest songs, only on JioSaavn.com
Jet Airways spokesperson said its flight which was on its way to Kathmandu, that is diverted to Lucknow, would come back to Mumbai, while its Delhi-Kathmandu-Delhi flight has been cancelled.