Only one MP - Jagdambika Pal, who was elected from Uttar Pradesh's Domariyaganj constituency - attended the BJP parliamentary meeting to discuss the Anti-Maritime Piracy Bill

A week after Rajya Sabha Chairman Venkaiah Naidu pulled up MPs of both Houses for low attendance at parliamentary standing committee meetings, the Lok Sabha recorded poor turnout figures this morning. The reason given was that members had worked late on Monday night, when the ruling BJP-led NDA government and the opposition clashed in a heated exchange over the Citizenship (Amendment) Bill.

The controversial bill was eventually passed by the Lower House - after more than seven hours of discussion - by 311 votes to 80 and will be tabled in the Rajya Sabha on Wednesday.

The fallout of that lengthy debate over the Citizenship (Amendment) Bill, or CAB, was felt today - a meeting, meant to have familiarised MPs with the key Anti-Maritime Piracy Bill, which seeks to provide strict punishment, including the death penalty, to those involved in piracy at sea, has been postponed till tomorrow.

Only one MP - Jagdambika Pal, who was elected from Uttar Pradesh's Domariyaganj constituency - attended the meeting. 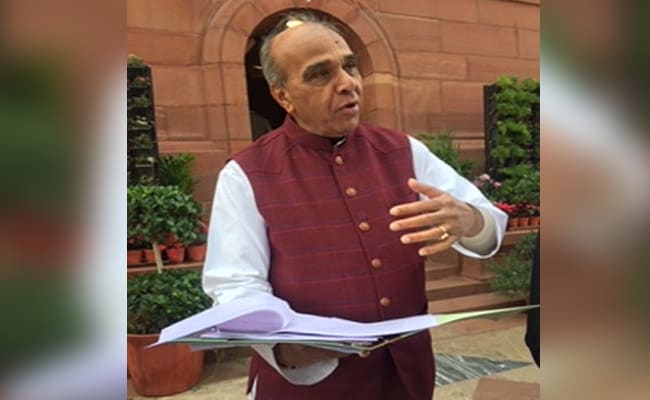 MPs' attendance records often make headlines - usually for the wrong reasons. In the monsoon session of parliament, for example, the BJP's Sunny Deol, a first-time MP, failed to attend Lok Sabha for 28 days.

The Prime Minister would, no doubt, have been pleased with the way at least one of his ministers responded; last week photos of Railway Minister Piyush Goyal rushing to parliament after attending a cabinet meeting went viral on Twitter.

Also last week, after a meeting with chairpersons of parliamentary committees, Mr Naidu had said only 18 members from each House attended the meetings held since they were reconstituted in September.

"I expect the number of members of this House with full attendance in the meetings of the committees to rise," he said.