Medical experts say there is no scientific basis for their panic because the virus cannot survive for over eight hours in water if exposed to temperatures over 25 degrees centigrade. 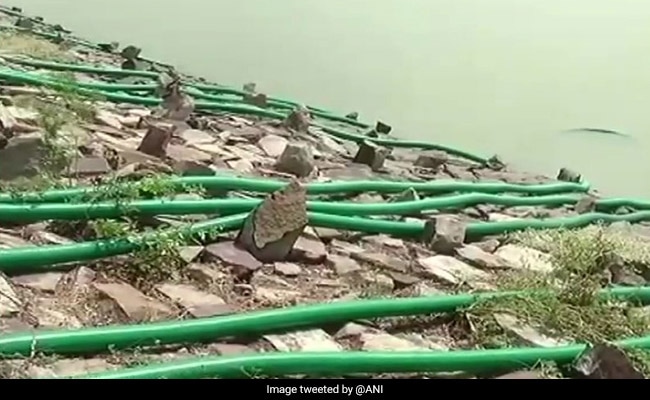 A sprawling lake in Hubballi was drained out after villagers' refused to drink its water.

A 23-acre lake in village in Karnataka was drained out on Wednesday after villagers refused to drink water following the discovery of the body of an HIV-positive woman last week.

The woman, in her late twenties, was found dead in a lake in the village of Morab in Hubballi district on November 29. He body was bloated and half-eaten by fish. Villagers refused to drink water from the lake, believing that it was contaminated with HIV.

Authorities first told villagers that they would test the water, but no one relented. Left with no other option, officials then deployed 20 siphon tubes with four motors to pump out the water.

Navalgund tahsildar Naveen Hullur said they had no choice but to give in to the villagers' demands. "Over a thousand people came to the lake with eight water tankers. They said that if we do not drain it dry, they would do it with the tankers they have taken on hire. What could we do in such a situation?" he asked.

Water from the sprawling lake was pumped out on Wednesday evening, after which it will be cleaned and then filled with water from Malaprabha canal.

The lake is a key source of drinking water for more than 1,000 people who live in the area.

Dr Nagraj - Director of the Rajiv Gandhi institute of Chest and Communicable Diseases - claimed there was no scientific basis for their panic. "It's wrong to believe that the water has been contaminated with HIV because studies show that the virus cannot survive for over eight hours in water if exposed to temperatures above 25 degrees centigrade. Now, it's been over six days since the body was recovered," he said.