Simple acknowledgments like that one, spoken quietly in the privacy of doctors' offices, mark the arrival of a historic moment in the history of HIV: Medical authorities are publicly agreeing that people with undetectable viral loads cannot transmit the virus that causes AIDS. 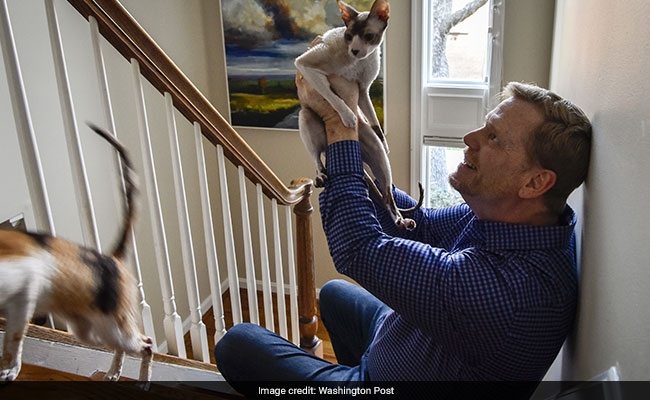 Last year, Chris Kimmenez and his wife asked their doctors a simple question. Could Chris, who has been HIV positive since 1989 but keeps the virus in check through medication, transmit it sexually to Paula?

They were pretty sure they knew the answer. Married for more than 30 years, they had not always practiced safe sex, but Paula showed no signs of having the virus.

Their physicians were less certain. "They had a conversation, and they did some research on it," Kimmenez said. "They came back to us and said there may still be a risk, but we're comfortable enough" that unprotected sex is safe.

"We knew that all along," said Kimmenez, 56, who works with ex-offenders in Philadelphia.

Simple acknowledgments like that one, spoken quietly in the privacy of doctors' offices, mark the arrival of a historic moment in the history of HIV: Medical authorities are publicly agreeing that people with undetectable viral loads cannot transmit the virus that causes AIDS.

The policy change has profound implications for the way people view HIV. The change promises not just unprotected sex for couples like Kimmenez and his wife, but also reduced stigma for the 1.2 million Americans living with HIV. The policy change also offers the hope that more people will be tested and begin treatment if they are found to have the virus rather than live in denial.

"There was something in me that said I'm damaged and I made a mistake, and people see it and I'm a danger," said Mark King, 56, a writer and activist who tested positive for HIV in 1985. But now, treatment has fully suppressed the virus. "When I finally internalized this message . . . something suddenly lifted off of me that is hard to describe. It was almost as if someone wiped me clean. I no longer feel like this diseased pariah."

Once considered a death sentence, HIV infection can now be managed via medication, much like chronic diseases such as diabetes, and people with the virus live full lives. The rate of new infections in the United States dropped by 10 percent from 2010 to 37,600 in 2014, according to the U.S. Centers for Disease Control and Prevention. Fewer than 7,000 people died of HIV/AIDS that year.

In July, Anthony Fauci, head of the National Institute of Allergy and Infectious Diseases and one of the world's leading authorities on HIV, publicly agreed at an international conference that people with undetectable viral loads in their blood cannot transmit the virus. 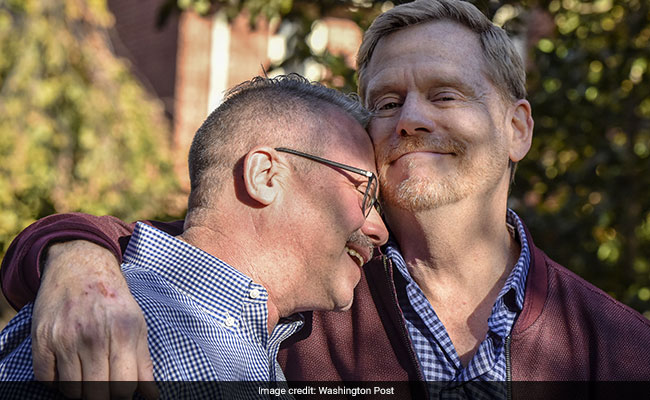 Mark King, at home with husband Michael Mitchell, left, is a writer and activist in Baltimore

On Sept. 27, the CDC followed, releasing a letter that said people who take medication daily "and achieve and maintain an undetectable viral load have effectively no risk of sexually transmitting the virus to an HIV-negative partner."

The influential British medical journal the Lancet HIV endorsed the idea in an editorial this month. All told, more than 500 organizations in 67 countries now agree, according to Bruce Richman, who is leading the "Undetectable = Untransmittable" (U=U) campaign credited with beginning to change public perception of HIV transmissibility.

Like many developments in the four-decade history of HIV, this one has been slow to gain acceptance among mainstream health-care providers. Many are not aware of it or must unlearn the habit of drilling safe-sex lessons into patients, as they have been doing almost since the AIDS epidemic began. HIV-positive people also must alter deeply ingrained beliefs that nothing good can come of revealing their status.

The change in philosophy also has sparked concerns, for which there is some evidence, that more condomless sex will lead to an increase in other sexually transmitted infections. And experts acknowledge that a few people whose viral load is not truly suppressed will eventually transmit HIV to others.

Laws in many states also are out of date. Many still criminalize the failure to reveal HIV status to a sex partner, even when there is no danger of transmissibility.

But on balance, authorities said, the agreement that people with HIV can prevent sexual transmission by taking a single pill each day is nothing less than revolutionary.

"Nothing is completely risk-free," Fauci said in an interview. "What the community feels is that all of the good that will come from the lack of social stigmatization" is worth the risk. "This means a lot to them. This has a lot to do with their self-worth, their identity."

An undetectable viral load is defined as fewer than 200 copies of the virus in a milliliter of blood. Generally, people with HIV should maintain that level or a lower level for six months before beginning to consider themselves incapable of transmitting the virus sexually.

Many who faithfully take antiretroviral medication and lead healthy lifestyles can bring their viral loads considerably lower, to 50 or even 25 copies.

But progress raises other questions, said Jonathan Mermin, director of the CDC's National Center for HIV/AIDS, Viral Hepatitis, STD, and TB Prevention. What if a person forgets to take medication for one day? What about two, or more? How long after resuming therapy should someone wait before once again considering himself or herself incapable of transmitting the virus? And what about people who go above and below the 200-copy threshold over time? Studies show that to be the case for about 10 percent of the people with HIV, Mermin said.

As yet, there are no evidence-based answers to these questions, he said. "The public-health challenge now is moving from theory to implementation," he said. "Many questions arise following the information that when a person with HIV has an undetectable viral load, he has effectively no risk of transmitting the virus."

In 2008, Swiss experts announced that those with undetectable levels of HIV could not transmit HIV through sex. But the world was not ready to hear the message then.

Now the challenge is to get the message out to HIV-positive people, caregivers and the public. And that process has been slow.

"I would tell everyone about this, friends and family and people I wanted to date, and I was coming across so much resistance, because major institutions were saying this is wrong," Richman said.

He launched U=U last year, initially a lonely and sometimes controversial campaign to let the world know something that many people with HIV had concluded for themselves. His breakthrough moment came in August 2016 when New York City's health department signed on. Soon, other cities and organizations were joining.

Still, the message is moving mainly from people with HIV to health authorities and policymakers, rather than in the other direction, Richman said.

"This is a radical challenge to the status quo and to 35 years of HIV and fear of people living with HIV," Richman said.
Brigitte Charbonneau, 71, of Ottawa, found out this year that she could not transmit the virus after 23 years of being HIV positive. "I thought, 'My God, I've been living with my man for 20 years, and we've been using condoms,' " the retired hairdresser recalled. "And I phoned him right that afternoon."

Jennifer Vaughan of Watsonville, California, vividly remembers the moment she learned she could not transmit the virus to her boyfriend. The mother of three tested positive in February 2016 after she became critically ill with what was finally determined to be AIDS.
HIV was not among the possibilities she or her doctors considered, until a blood test revealed the virus. She thinks she was infected by a previous boyfriend with a history of intravenous drug use.
Vaughan attended a speech Richman gave and was talking with him in a parking lot outside a Starbucks.

"I'll never forget him saying those words, 'You can't transmit the virus if you're undetectable,' " the 47-year-old substitute teacher recalled. "And I said, 'Wait, what?'