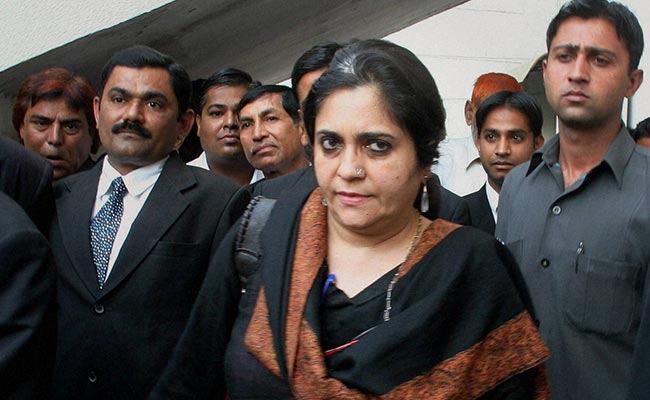 Activist Teesta Setalvad was released from Ahmedabad prison over the weekend in a case of allegedly fabricating evidence to frame innocent people in connection with the 2002 Gujarat riots.

She had been lodged in the Sabarmati Central Jail since her arrest on June 26.

Here are the highlights from the interview:

* Frankly speaking, I expected a due process of law to be followed, a notice was necessary, not the kind of crackdown that happened.

* We need to look at the situation of undertrial prisoners, something we don't really talk about.

* I landed there on 26th, a Sunday. Right from the Sunday to next Saturday, I wasn't called for questioning except once for 3 hours. Rest of the time, I was just sitting around.

* There's a nice library inside the facility but for most of the time it was shut. But even they has constraints of staff.

* Jail run by a jail manual. But when you are inside them, you are not given a copy of that, so, you don't really know what the rights are.

* I want to say we have a set of laws in this country, those laws apply with some degree of honesty and autonomy by the police. The whole issue of police not becoming an arm of the executive is a question. It's worrying. There's a situation where the police gets used to conducting these arrests and raids, which is a threat to anybody.

* We need to understand personal freedom is important, incarceration can't be the norm.

* When I came out, the matrons, the women staff were very very nice. So, there was no problem