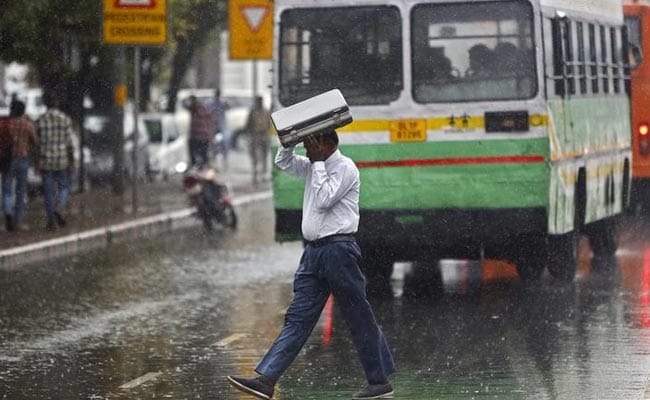 The monsoon in India, which accounts for more than 80 per cent of annual rainfall, may be above average for the first time since 2013 after a back-to-back shortfall shrank agricultural production and caused an acute drinking water shortage.

Precipitation in the rainy season starting in June is seen at 106 per cent of a 50-year average of 89 centimeters (35 inches) as the El Nino that often triggers dry weather in the region weakens, the India Meteorological Department, said in a statement on Tuesday.

The forecast has a margin of error of 5 per cent, it said. Showers may be 105 percent of the average, Skymet Weather Services, a private forecaster, said on Monday.

"A normal monsoon will improve farmers' income while boosting demand for consumer goods," said Soumyajit Niyogi, associate director at India Ratings, a unit of Fitch Ratings. "It will keep a check on inflation and create further room for the Reserve Bank of India to cut interest rates."

The central bank lowered its key interest rate for the first time in six months on April 5 and Governor Raghuram Rajan said it would watch the performance of the monsoon to look for more room to ease. About half of India's 1.3 billion population is employed in agriculture, which accounts for almost 20 percent of the nation's $2 trillion economy. Normal rainfall will boost farm output and improve demand for motorcycles, smart phones and tractors.

"A normal monsoon remains critical for revival in rural demand which has been dramatically impacted over the past six months," Deutsche Bank analysts Abhay Laijawala and Abhishek Saraf wrote in a report.

"We believe that prospects of better monsoon this year hold significant potential to perk up rural India. We believe that the ongoing equity rally in India will continue in medium term driven by likelihood of normal monsoon rainfall, improvement in domestic indicators coupled with an accommodative RBI."

The monsoon affects both summer and winter sowing, and waters more than half of all farmland. Rainfall was 14 percent below a 50-year average in 2015, following a 12 percent shortfall in 2014, data from the India Meteorological Department show.

The El Nino has already peaked and will continue to decline, according to forecasters from the United States to Australia. The chances of a La Nina developing this year have increased to 50 percent as the Pacific Ocean cools, Australia's Bureau of Meteorology said on Tuesday.

La Nina, sometimes thought of as El Nino's opposite, typically brings more rainfall to parts of Asia, including India. El Nino is a warming in the equatorial Pacific Ocean, while La Nina is a cooling of the waters. Each can impact agricultural markets as farmers contend with too much or too little rain. Based on the 26 El Nino events since 1900, about 50 percent have been followed by a neutral year with 40 percent by La Nina, according to the Australian bureau.

"Analysis of previous data suggests that monsoon season rainfall over the country as a whole was deficient or below normal during 65 percent of the El Nino years," the Indian forecaster said. "However, during 71 percent of the years followed by El Nino, monsoon was normal and above."

Weather Risk Management Services said on April 1 that a weakening El Nino means this year's monsoon will be stronger than usual, with well-distributed rains over the country. Falling sea-surface temperatures over the equatorial Pacific Ocean region also signal that rains will be normal, K.K. Singh, head of the agro meteorological division of the India Meteorological Department, said on April 4.