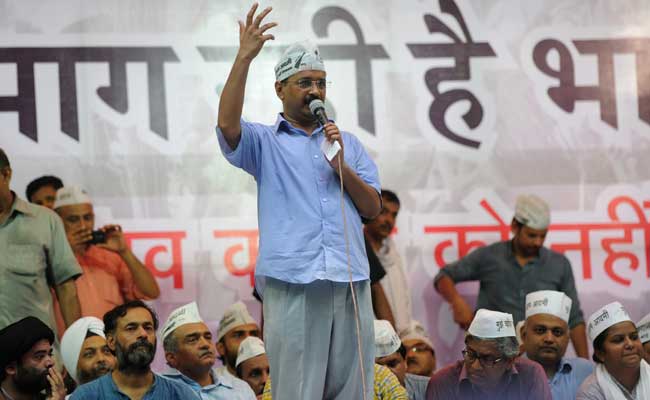 Senior AAP leader Prashant Bhushan and Yogendra Yadav have written letters that have exposed rifts within the party.

The full extent of the brewing rift within the Aam Admi Party (AAP) has now emerged in two internal notes accessed by NDTV, the first jointly written by Yogendra Yadav and Prashant Bhushan, and the second by Bhushan alone which take a critical view of the party's functioning.

It is these notes which some believe to have led a section of the party to push for the removal of both these AAP leaders from the Political Affairs Committee (PAC) of AAP, the party's highest decision making body.

The joint Yadav-Bhushan note, written on February 26, 2015, summarises concerns raised by the party's ombudsman, Admiral Ramdas, about the problems with the functioning of AAP.

It stresses the need to set up a an internal ethics committee, particularly to probe the four donations, each of Rs 50 lakh, which the party received in April last year and were found to be from dodgy companies, causing a furore just a week before the elections. The controversy didn't diminish the party's fortunes but it raised questions about the AAP's professed stand on political funding.

The Yadav-Bhushan note also raises concerns over alleged dubious practices by AAP candidates in the Delhi elections, saying that the AAP's defence of these candidates "to outsiders seems we are hiding behind plausible deniablity that other parties use."

The two also called for the reconstitution of the PAC, with more diverse regional and gender representation.

A separate letter by Mr Bhushan on the same day was harsher, taking direct aim at Mr Kejriwal.

He asks why Mr Kejriwal had not given the party's state committees the authority to contest elections. "Does this not violate the principles of Swaraj," he wrote. The letter was also severe on the AAP's Kejriwal-centred election campaign. "One-person-centric campaign is making our party look like other parties," wrote Mr Bhushan, though not denying its efficacy. "But does that justify sacrificing our principles?"

In perhaps his most damning allegation, Mr Bhushan alleges that ''even as late as November, before the dissolution of the Delhi Assembly, attempts were made surreptitiously to seek Congress support to form a government without having to contest elections."

"Our systems of accountability have become largely dysfunctional," writes Mr Bhushan. "Many volunteers complained to me they were brutally silenced when they complained about candidates."

While AAP has officially chosen not to reply to these letters, party sources by way of defense released a letter written on March 1, by its Delhi state secretary, Dilip Pandey, accusing Mr Yadav, Mr Bhushan and his father, Shanti Bhushan, of conspiring to unseat Mr Kejriwal as national convenor. "It was amply evident that all three were acting in concert towards a singular aim of weakening the party and then replacing Kejriwal with Yadav as party head," the letter said.

Curiously, Mr Pandey claims that the three attempted, without success, to bring Ashish Khetan, a senior party leader into the plan. "Shantiji told Khetan that the best possible way to remove Kejriwal was to have a BJP government in Delhi state," he wrote.

Mr Pandey also alleged that the trio aided the formation of the break-away volunteer group AVAM (which later exposed the dubious donations). "Shantiji and Prashant gave legal and all other kinds of assistance to AVAM to carry out activities against the AAP," wrote Mr Pandey.

Promoted
Listen to the latest songs, only on JioSaavn.com
The letter, released to NDTV by a senior party leader, also rebutted Prashant Bhushan's criticism of some of the AAP's choice of candidates. "All kinds of allegations without substantive proof were levelled against the party processes and individuals in charge of picking candidates by Yogendra Yadav and Prashant Bhushan."

The letter, despite being written by a mid-level functionary, was endorsed by the party leadership an indication of how just weeks after its resounding victory in Delhi, the AAP is roiled by a bitter and personalised factional war.

The letter written jointly by Yogendra Yadav and Prashant Bhushan:

The letter written by Prashant Bhushan: