AAP Writes To Election Commission Over 'EVM Tampering' In Punjab 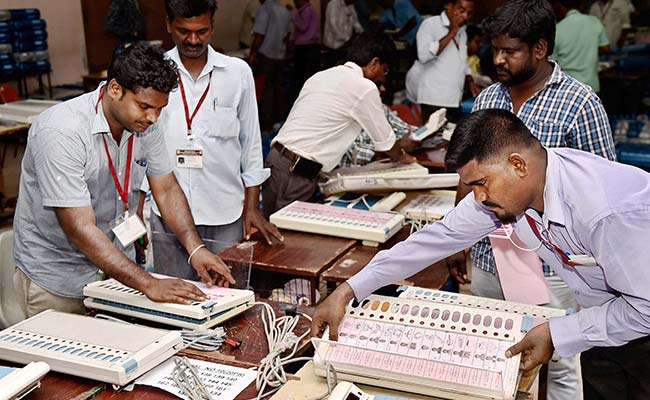 New Delhi: The AAP today wrote to the Election Commission, alleging large scale rigging and tampering of EVMs in Punjab and demanding verification of paper trail.

There is "clear and irrefutable evidence of manipulation of results at polling booths" in the Punjab Assembly polls, he alleged.

"In the interest of justice, transparency and fair play, the AAP has appealed to the EC that the results of all polling booths, where voter verification paper audit trail (VVPAT) had been deployed, be cross-verified/cross-checked with the paper trail so that the cloud looming over the use of EVMs is settled and the faith of the common man in the electoral process is restored," Mr Gupta said.

He said the initial analysis has shown that at several booths, where the AAP has secured a very less number of votes, voters in much bigger number than the total number of votes secured by the party have come forward, saying they had voted for the party.

"These people are ready to file affidavits to support their claim. These people are shocked that their votes have either not been counted as votes to AAP or have been transferred to other parties by EVM tampering," Mr Gupta said.

"The ECI is the sentinel in preservation of sanctity of the electoral process and we have requested that they should cross-check the paper audit trail of the results generated through EVMs at all polling booths where VVPATs were deployed in Punjab in order to resolve the glaring inconsistencies in the results," he said.

Delhi Chief Minister Arvind Kejriwal had on March 15 also alleged that manipulation of EVMs may have led to the AAP's poor showing in Punjab and said it could be part of a conspiracy to keep the party out of power in the state.

Promoted
Listen to the latest songs, only on JioSaavn.com
The AAP chief had then said his party would approach the poll panel in this regard.