Attacking the rival parties, Mr Kejriwal said the AAP - if elected to power - will form a corruption-free government. 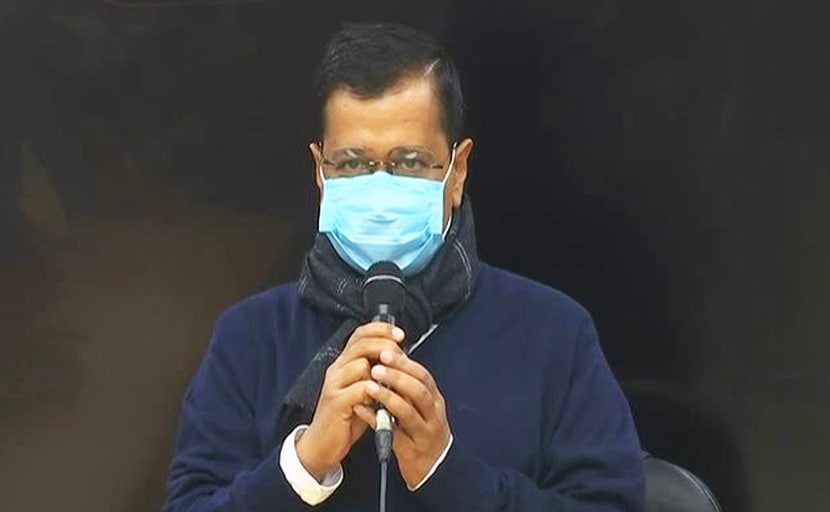 Arvind Kejriwal made the announcement during a virtual press briefing. (File)

The Aam Aadmi Party will contest the state elections in Uttar Pradesh in 2022, the party's chief and Delhi Chief Minister Arvind Kejriwal said today. Attacking the rival parties, Mr Kejriwal said the AAP - if elected to power - will form a corruption-free government in the neighbouring state, adding it has lived up to its promise in the national capital.

As the AAP makes steady efforts to expand its political footprint, the 52-year-old party chief said: "In the last eight years, the AAP has formed government thrice in Delhi. It has emerged as the main opposition party in Punjab. But today, I want to make an important announcement... the party will contest the state elections in Uttar Pradesh in 2022."

"Today, people in UP are forced to come to Delhi for basic facilities like health and education. Can the biggest state in India not become the most developed state too?" he added while addressing a virtual media briefing as he slammed the Yogi Adityanath government.

"UP's dirty politics and corrupt leaders are blocking the state's development. Locals have given a chance to all the parties. But every government has set new records of corruption," Mr Kejriwal added.

Mr Kejriwal, whose AAP prides itself on the work done in education and health sector in the national capital, drew comparisons between Delhi and Uttar Pradesh.

"If government hospitals in Delhi can improve, people here can get free electricity 24*7, why can't the same happen in UP? Why don't the schools in neighbouring state meet the required standards when Delhi's government schools can set the benchmark? For women's safety, we've installed CCTVs everywhere but crimes against women continue to rise in UP," he said.

The AAP has been eyeing to steadily widen its political base. In a significant boost, the party claimed its first electoral win in Goa on Monday as Hanzel Fernandes won Zilla Panchayat elections in South Goa. "Congratulations to AAP's Hanzel Fernandes on winning the Benaulim ZP seat in Goa. Many other AAP candidates have secured much higher vote share than last time. This is just the beginning. I am sure AAP will live up to the trust and expectations of Goans," the AAP chief wrote on Twitter,  thanking the coastal state.

Last week, the party said it will contest all seats in elections to local bodies in Gujarat, due early next year. "AAP Gujarat is emerging as a strong alternative in Gujarat. AAP is going to contest on all seats in upcoming local elections. Youth leader Gopal Italia has been announced as state convener of AAP Gujarat," the party's Gujarat unit tweeted.

However, contesting a state election in Uttar Pradesh may prove to be challenging as the young party tries to gain ground.